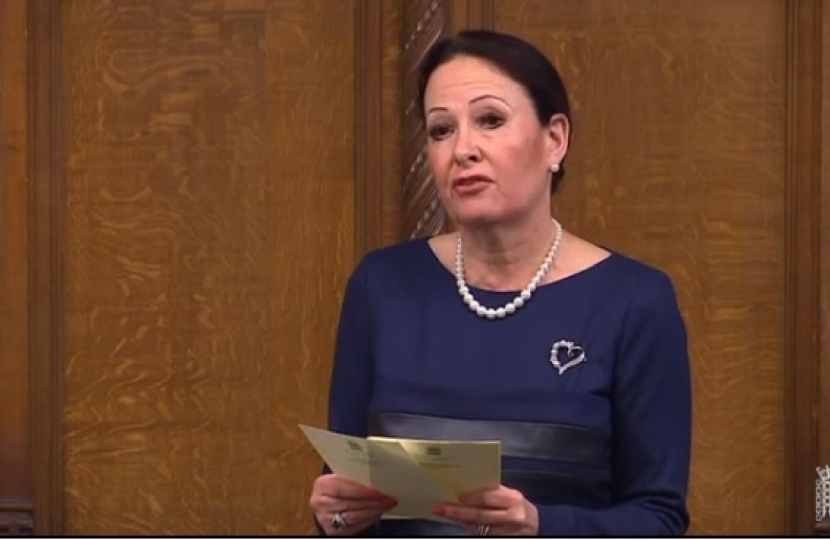 Devon is a wonderful place for people to come and retire. As a consequence, we have many older people living here with significant social care needs. But we don’t have the social care provision, never mind the budget to provide it. According to Age UK, we have 39,853 individuals over 65 who have unmet social care needs in Devon, 3,614 of those are in Teignbridge. We have made a commitment to the British people, and we must keep it. Now is the time for action. No more talk, no more reports and no more commissions. This is the time for this Government, with a significant majority, to deliver on social care promises. And that was the proposition I put to ministers in the House as we debated the social care challenge this week.

We have had three Royal Commissions, which commissioning governments of all colours have not implemented. The Care Act in 2012 was supposed to sort the problem, but it didn’t, which is partly why part 2 of the Act was never implemented. Therefore, government need to face up to the people, explain what really needs doing and what it will cost. There is strong agreement on the problem but equally strong disagreement on the solution. Cross party talks are a nice ambition but will take time. Crucially, it is the rural areas like ours which will face the problem first if the issue is not fixed. So, we need a short-term fix and a long-term plan. Neither are just about money.

My suggestion for a short-term fix; raise the capital sum you can have and keep before the state steps in to £100,000. Lower the need level so more people qualify for support. Raise income tax and set out each year, what has been spent on social care, and what it has achieved. Longer term, we need to devise a funding solution which is a mix of saving, insurance and taxation. And all of this needs to be supported by a wellbeing agenda which promotes and supports us each taking more responsibility for our own health. It’s not rocket science; let’s get on with it!

And so does our environment

The Environment Bill was reintroduced to the House this week. Last time I focused my remarks on air and water quality. This time I wanted to look at what government was going to do to help the many local authorities make the changes needed and which many have signed up to already. Both Teignbridge and Devon County Council have declared climate emergencies and are heading for carbon neutrality by 2030. But they know they can’t achieve that without significant support from government.

Research is needed to enable us to effectively store renewable energy, to deliver affordable electric cars, trains and buses – and a few more buses would be nice! We also need to subsidise town centre charging points and make them easier to obtain. Teignbridge will have two, which is a start but we are going to need a lot more to make electric cars viable. Therefore, this week, I laid down the gauntlet on the floor of the House to the Minister regarding both charging points and buses and I look forward to a response!

You will be pleased to hear I sat down this week with the Marine Management Organisation (MMO); responsible for licensing dredging and all marine activity. The Sprey Point licence looks like it will be varied, so dredging material from Exmouth will no longer be dumped at Sprey Point – but further out to sea and elsewhere. This is all subject to consultation and detailed analysis of feasibility and impact. That sounds to me like a good result, but we still have a way to go. I will keep you posted!

An update from Anne Marie on Government advice and help for businesses and individuals during the ongoing COVID-19 pandemic.