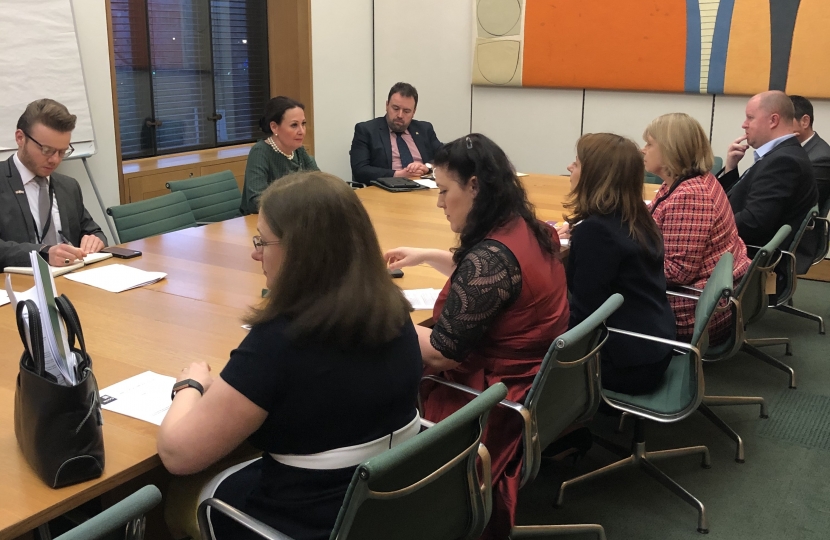 Last week I met Mike Gallop, Network Rail Western Route Director, to discuss the ongoing South West rail resilience programme. I challenged him about a number of issues which have been raised with me about the project by residents, and with concerns over the way in which information on the project is being communicated. For example, I spelt out for him concerns that the upcoming consultation on the line at Parsons Tunnel will not really “listen”. But, to be fair to Network Rail, the plan for the line as it comes through Dawlish, Holcombe and Teignmouth has been modified following my representations last year and the new model now on display reflects this.

During the week I also had a very constructive meeting with representatives from the Save the Holcombe Beach Committee. They took me through, in detail, the flaws that they saw with the route as currently proposed and the strengths of their alternative suggestion: a train-viaduct further out to sea. In considering their final solution, Network Rail will need to address issues such as the stability of the cliff, the balance of amenity value gained and lost, the impact on the beach and sand flows, and the viability of doing the works from the land without disrupting the trains which a sea access scheme would resolve.

When all is said and done however, all parties agree the railway must be future-proofed, and soon: doing nothing is not an option. I have therefore written again to Network rail asking for their further comments on these points, to ask for more openness and to see what other modelling they considered and why it was discounted. I believe their modelling did include a viaduct option and beach reefs. We also need an honest discussion about costs.

This week was spent debating the contents of the Queen’s Speech, which sets out the legislative programme of the government for this Parliamentary session. It was also an opportunity for more than 100 new MPs to make their maiden speeches, which by convention are about their predecessors and their community. Our new Mr Speaker was a model of good manners and efficiency as he, together with the Deputy Speakers, managed a hefty timetable of speeches. It’s fair to say that the quality of debate and the civilised manner of interventions was a significant improvement on the sometimes unedifying name-calling of the recent past.

Returning MPs also have the opportunity to speak. I raised issues about my concerns and priorities on health and social care matters. Sorting out social care is not about more consultation: we need action and we need it now. I am also very focused on ensuring mental health services get their fair share of support. In this new era of levelling-up support across the country I want to see our local NHS given the resources and support it needs to meet the unique challenges that rural communities like ours face.

With the budget due in early March, it’s now time to start lobbying Ministers and Departments more broadly for ‘levelling-up’ funding. Our local government settlement is simply not going to be enough without some change to the way funding is calculated. In Teignbridge there will be increasing financial pressure as The New Homes Bonus and Community Infrastructure Levy are phased out, which is the revenue the council gets from central government when new houses are built. The expectation is that we should be able to “manage” by increasing council tax and from business rates. In a rural area like ours that is simply not realistic, and I intend to forcefully make the case for change.