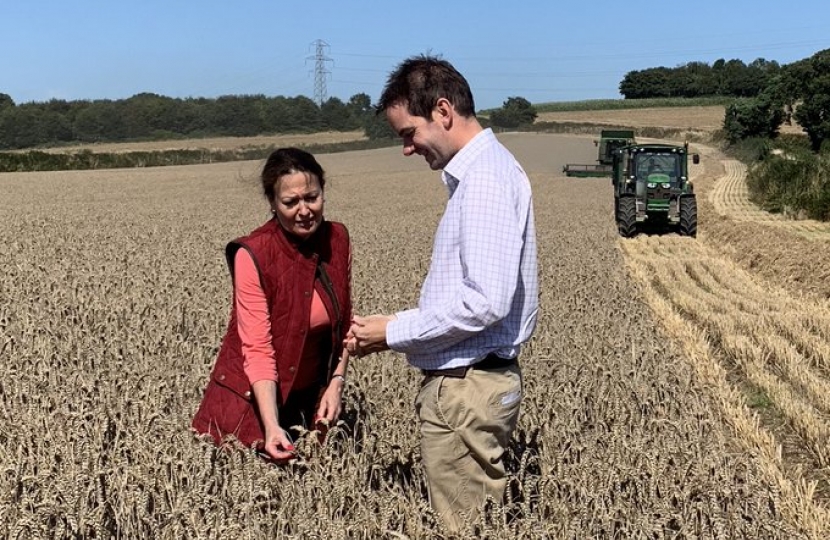 It is fantastic that a trade deal with Australia has been reached, presenting an enormous opportunity for the UK. We are Australia’s second largest trading partner outside the Asia-Pacific and trade between our two countries was worth £18.8 billion in 2019. The deal will eliminate tariffs on all UK goods and will support jobs and businesses across the country. People under the age of 35 will also be able to travel and work in Australia more freely.

Crucially, British farmers will be protected by a cap on tariff-free imports for 15 years through the use of tariff rate quotas and further safeguards. The Trade and Agriculture Commission will provide independent scrutiny of animal welfare in the deal ahead of its ratification. Agricultural producers are also being supported to increase exports overseas including in the Indo-Pacific.

Global demand for meat is increasing rapidly. Meat consumption is projected to rise by nearly 73 per cent by 2050 and free trade agreements create huge new export opportunities for farmers. Demand is growing in the Asia-Pacific. The deal with Australia is also a gateway to joining CPTPP – a group of high-standards Pacific nations.

Australia has one of the highest animal welfare standards in the world, similar to our own, and scoring five out of five by the World Organisation of Animal Health (OIE). The practices of castration of chickens and production of foie gras, for example, are banned in Australia on welfare grounds but continue to be permitted in the EU. On hormone-fed beef specifically, it is banned in the UK and will not be allowed to enter the UK market – this will not change under any FTA.

Australian export opportunities to the UK are likely to be limited. We are more likely to see prime steak for restaurants, rather than cheap imports flooding supermarket shelves. Australian imports of beef would likely displace current imports from the EU, not British produce. The EU accounts for the majority of beef imports into the UK with 237,928 tonnes imported in 2020 making up 98 per cent of total beef imports into the UK that year.

There are strong ‘Buy British’ trends in the UK and strong support for British farmers – 81 per cent of beef sold in the UK is under the British logo, with Aldi, Budgens, the Co-op, Lidl, M&S, Morrisons and Waitrose all using 100 per cent British beef.

It is fantastic that Brits under the age of 35 will be able to travel and work in Australia more freely, opening exciting opportunities for young people. Highly skilled professionals will now be able to work in Australia temporarily and Australian firms will no longer have to prioritise hiring Australian nationals first. This arrangement will also be in place for Australians wishing to work here in the UK.

Further provisions on digital, investment and market access for service professionals will benefit the UK's services sector. The UK exported £5.4 billion worth of services to Australia in 2020 accounting for 56 per cent of our total exports to the country. The combined effect of the deal’s cutting-edge provisions, allowing UK and Australian service professionals access to each other’s markets, and reduced barriers to investment will give a substantial lift to the UK’s service sectors.

A lot of the narrative around this trade deal has focused on imports to the UK but it vital to also recognise that extensive export opportunities that the deal presents to British firms, both in Australia and the wider Asia-Pacific market. I would encourage local businesses to take advantage of these exciting opportunities!