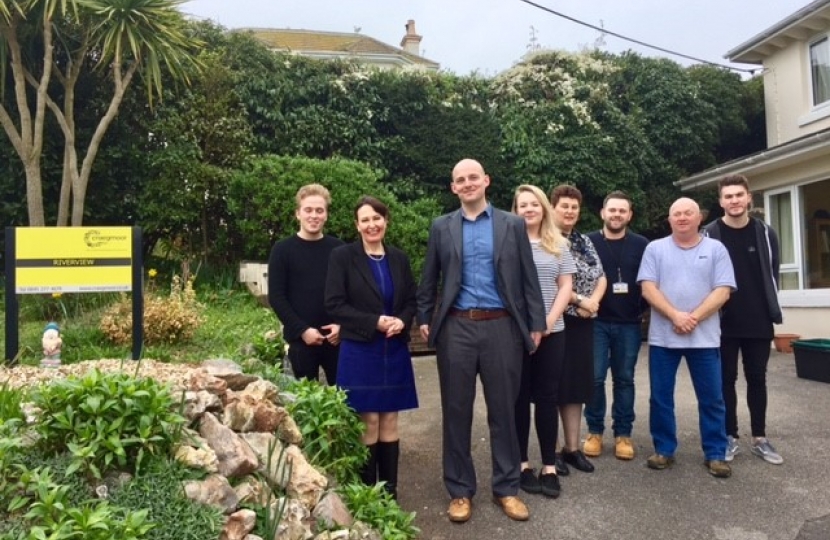 On Saturday I was formally selected to represent the Conservative Party in the General Election in Newton Abbot and very much hope to have the privilege of being re-elected as your MP. Between now and June 8th I will be setting out what both the Conservative Government and I have achieved over the last two years in the context of my 2015 pledges which I make again today. My pledges are set out in full on my website.

Over the past two years the Government and NHS England have worked hard towards building a sustainable NHS fully integrated with social care. The budget for the NHS in England this year is £120 billion. In the Budget in March, the Government committed to giving local authorities an extra £2 billion in additional funding for social care. This is on top of the extra money raised through the council tax precept. Devon will receive £30,344,465 of the £2 billion allocated in the March Budget.

More importantly, the Government committed to bringing in a Green Paper on social care, recognising that this needs reform to better serve our community and our NHS which is bearing the brunt of its current shortfalls. This is really critical in a rural community like ours with an above average demand for care from an aging population.

The engine which will drive the integration of health and social care are the new Sustainability and Transformation Plans (STPs). Our Devon STP is already taking shape. The plan is right but the challenge is delivering it.  I have made no bones about lobbying the Government to ensure the right funding and the right models of care are adopted to achieve that.

Our community hospitals in Dawlish and Newton Abbot have been given the green light to deliver more in a more consistent way. Teignmouth has grown into a health and welfare hub for the whole area and still provides daily surgery in its operating theatre and remains a key rehabilitation centre.

Last year I set up the All Party Parliamentary Group on Rural Health and Social Care to bring forward policy recommendations to Government. Should I be re-elected, I will continue this work and plan to bring forward a report to Government within two years to help promote rural healthcare policies. Meeting with groups from across the healthcare sector have shown that rural healthcare is an important issue and one I believe the Conservative government had starting to recognise.

As a member of the Public Accounts Committee which scrutinises government spending, I have this year scrutinised  four reports on the NHS, looking at the ambulance service, GPs, the financial sustainability of the NHS overall and STPs.  It has been an invaluable way for me to bring both local and national issues, to NHS England Chief Executive Simon Stevens.

Regular meetings with local care homes and domiciliary care providers has helped me better understand their issues.  I have lobbied both ministers and the sector regulator, the Care Quality Commission - taking a delegation of care home providers to meet the CQC in London.

A strong NHS can only be achieved with a strong economy.  Theresa May has triggered Article 50 to begin the formal process of leaving the EU. She needs our support to deliver a good Brexit deal, a strong economy and a world class NHS, of which I am very proud.

During the election period I will continue to hold surgeries to help anyone with a problem but clearly I will not be able to assist with political policy lobbying of ministers as Parliament dissolves formally on the 3rd May from which date I am no longer your MP. Please see my website for surgery times.