Second Reading of the Trade Bill 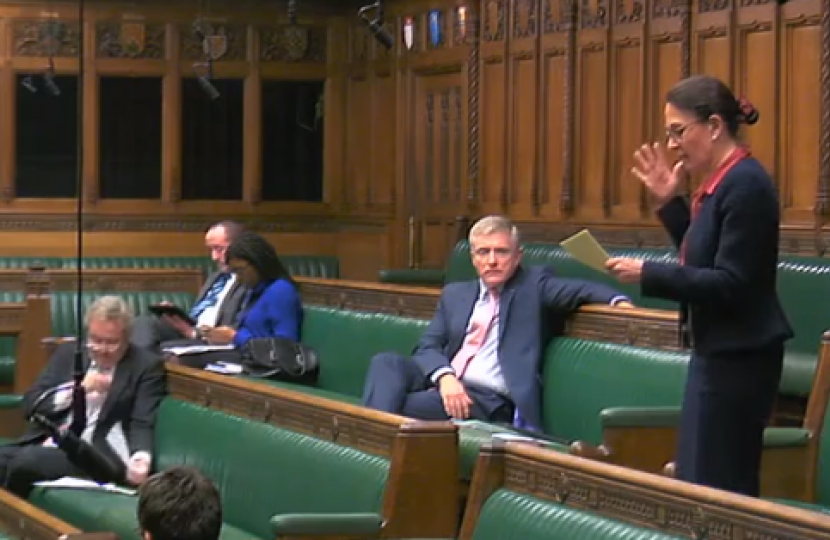 On Tuesday, I spoke in the House during the Second Reading of the Trade Bill. This Bill gives the Government the necessary powers to transition existing European Union trade arrangements into UK law, establishes a new independent UK body, the Trade Remedies Authority, to defend UK businesses against unfair trade practices, and enables the UK to become an independent member of the Agreement on Government Procurement in the World Trade Organisation. It does not cover new trade agreements with countries that do not already have a trade agreement or arrangement with the EU.

Whilst the primary objective of this legislation relates to transitioning existing EU trade agreements, there will be necessary technical, and some substantive, changes made to these agreements as other countries must agree to their rolling-over or transition. These will be new trade agreements. These changes have the potential to set precedents for future trade agreements with new trading partners who do not currently have an agreement with the EU, which is why I think it is important that the Government clarifies the aims of their approach to trade in these cases.

As we approach our future trading relationships, it is important we also consider what is meant by free and fair trade. The UK has a great opportunity to become the new global leader for free trade, a position some consider vacated by the USA, but we need to be clear by what we mean by seeking free trade. Every free trade agreement will have exclusions and every country will try to negotiate an agreement that is in its best interests. The pursuit of domestic interests in deals is increasingly being referred to as the pursuit of fair trade, a new and different definition to fair trade that refers to fair access to markets for developing countries.

The Government has said it will pursue free and fair trade in the future but I would appreciate more clarification on how key UK industries will be protected in the pursuit of new trade agreements and a commitment to retraining and supporting employees who might be displaced. Looking locally, it is important that the ceramics industry is adequately protected from unfair trade practices by China.

Trade is of vital importance as we leave the European Union and make a success of Brexit. The prospect of embarking on new trade relations around the world is a huge opportunity for our country and a potentially large boost to the economy. The South West exports the lowest proportion of goods to the EU compared to the rest of the United Kingdom. Our region is in prime position to take advantage of post-Brexit trade deals and export goods across the world.