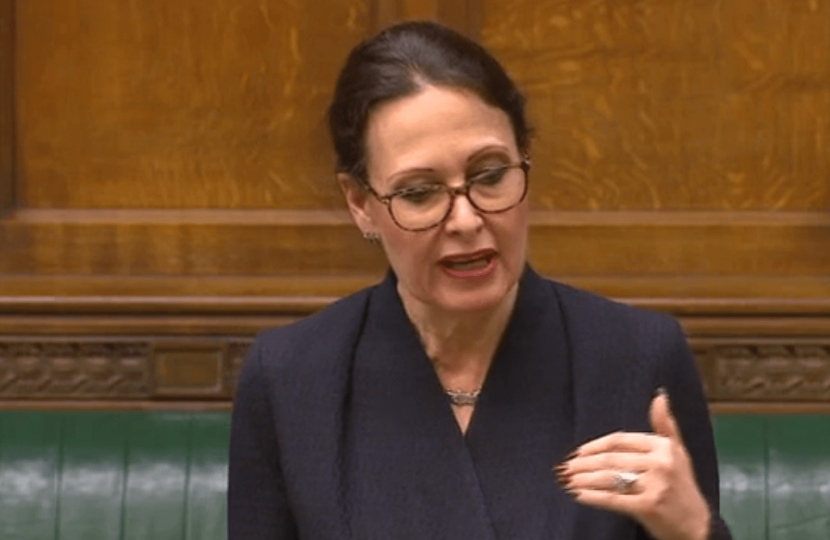 In the Chamber on Wednesday, I spoke in favour of the motion to approve the police grants for England and Wales for 2018-19. The increase, proposed by our Police Crime Commissioner (PCC) Alison Hernandez, will generate vital additional revenue that will be channelled directly into policing priorities. It is estimated that £7.2 million will be raised and I am keen to see this spent on tackling several areas of concern where the police require greater financial flexibility.

One issue that I highlighted was the presence of gang culture, which throughout Devon, and most likely the rest of the country, is on the rise. Violent crime is increasing and when speaking to my local police force it is clear that not only are greater resources needed, but the appropriate tools as well. One particular tool that I suggested was the notion of dispersal orders being extended, which would bring them back in to line with their previous confines.

Another area of concern that I spoke of, which is often underestimated, is the operations of modern day slavery in Devon. I argued that more police officers are needed to identify, recognise and report these horrendous crimes. My PCC recommended to me that a review of the business rates could provide additional funding for the police; unlike other emergency services the police are excluded.

I praised my local police force for the fantastic job that they are doing, despite the current financial circumstances. The final point that I discussed was that the funding formula needs to be reviewed, which should recognise that the challenges of today are very different from those of 20 years ago.

The local government finance settlement was also on the agenda in the Chamber this week. The 2018-19 settlement is the third year of the four-year offer providing funding for local councils. I thanked the Secretary of State for Housing, Communities and Local Government, Sajid Javid MP, for the increase in Devon’s funding. However, I pointed out that the increase is not enough to meet the challenges of a shire county’s ageing population and infrastructure.

One challenging area is administrating better and consistent social care for adults, both in their homes and care homes. The supervision and oversight of how local authorities spend their money is crucial. For instance, nursing care homes in my constituency—the ones actually provide nursing care—have largely gone because they simply cannot be paid enough to provide support. It is those nursing care homes that we need, almost more than the standard care homes.

In education, I welcomed the increase and the new funding formula, but it is not delivering what we need. For example, some schools will actually be worse off now than they were before the formula was introduced as it is unfair and opaque.

I believe that the Government’s intention is in the right place, and the financial support offered is welcome, but they absolutely have to address the underlying unfairness and challenges for rural areas, which are not understood in any formula that I have seen in any of the spending areas.

Read a transcript of the Police Grant Report debate:

Read a transcript of the Local Government Finance debate: