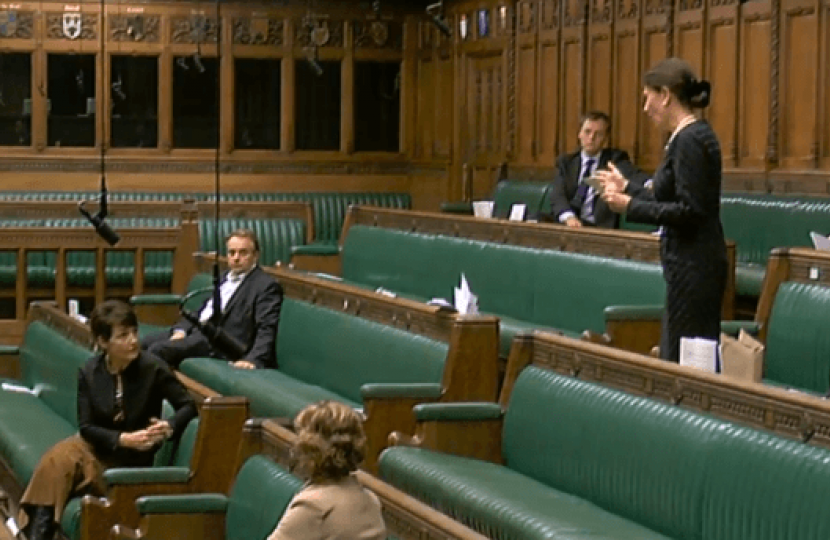 Last Tuesday I led an adjournment debate on the serious issue of fly-tipping in rural areas. One million cases of fly-tipping were reported last year in English local authorities and the cost of clearing it up was £58 million. In Teignbridge fly-tipping has gone up by 60% in the last five years.

I was pleased to see so many other MPs join me in the Chamber to highlight this blight on our beautiful countryside. Michael Tomlinson MP asked how the burden of clearing up fly-tipping can be more fairly distributed. Jim Shannon MP emphasised the important role local authorities have in encouraging recycling and the responsible disposal of waste at proper recycling centres. Jo Churchill MP spoke of the problems of fly-tipping in her constituency and of the greater use of innovation and technology to catch the criminals responsible and prosecute. Neil Parish MP mentioned the key issue of the level of fines handed out and the poor rates of prosecution. Average fines of just £400 and a prosecution rate of 0.1% is not enough of a deterrent to fly-tippers. The penalties, even if they are imposed, are woefully low.

The critical problem of cost-cutting measures by local authorities of tip services was raised by Chris Davies MP. Shutting tips and restricting access places a greater burden of cost on local authorities than simply keeping them open and accessible. Tip restrictions cause more fly-tipped waste to be cleared up at the local authorities’ expense as households and commercial traders find it a burden to dispose of waste responsibly.

In dealing with fly-tipping we must look at how to incentivise legal tipping and extend the rubbish owner’s accountability to dispose of waste responsibly. We must also review whether to completely remove tip charges and extend tip opening times. If people are prepared to come and dispose of waste legally, we need to enable sites to take waste from wherever it comes, which is not always the case.

The idea of trying to track waste disposal is a further possible solution. Tachographs and GPS systems could be required for licensed waste removers to prove responsible disposal. A review of the penalties and fines is also required, whether there are custodial sentences and at what level, and whether we should seize assets such as the vehicles used. Crucially, better interagency working is needed to tackle the problem. The DVLA needs to work with the police and local authorities to identify the cars, drivers, and owners of vehicles used for fly-tipping.

Thérèse Coffey, Parliamentary Under- Secretary of State for Environment, Food, and Rural Affairs, responded to the debate and said action would be taken in the following ways:

Clearly this is an important issue and I intend to keep pressuring the Government while working with local authorities to find effective solutions moving forward.