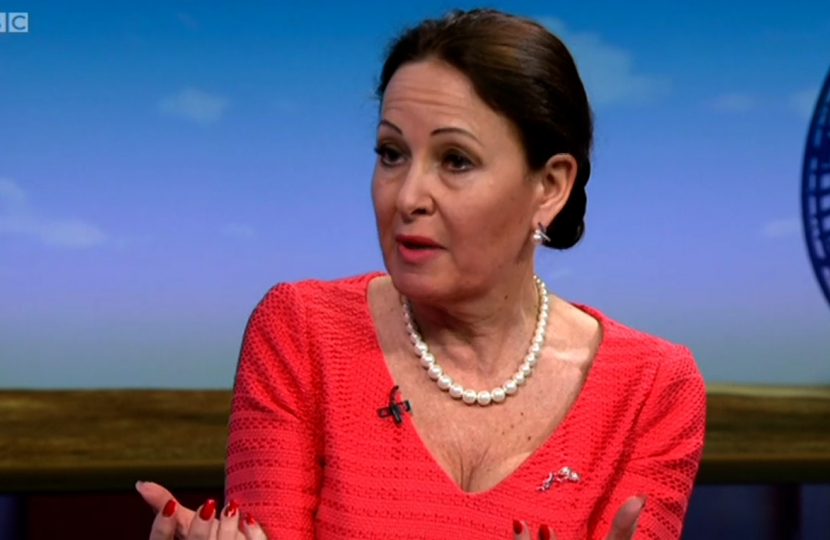 Make no mistake, the illegal and unprovoked Russian invasion of Ukraine is the biggest threat to peace and stability across Europe since 1945. No country has the right to attack another state – just like that. The sovereignty of a democratic state like Ukraine isn’t up for grabs to a predator - who denies that sovereignty and claims the territory as its own. The false flag Russian initiated attacks on so called Russian interests in Ukraine are a disgrace. Claiming genocide disrespects those who have suffered real genocide – and continue to do so. Ukraine has rightly called them out as such and referred Russia to the International Court of Justice asking the court to order Russia to cease its military actions. We stand firm with our Ukrainian friends and will give them the support they have requested. We will continue to provide arms and ammunition to Ukraine and will starve the Russian economy.

Alongside our allies, the Government are imposing the most severe package of sanctions that Russia has ever seen. These sanctions will not only deal a severe blow to the Russian economy, but will hobble Russia’s military-industrial complex, and will personally damage Putin’s inner circle of corrupt oligarchs. We will stop the Russian state from being able to borrow in UK markets and issue sovereign debt; block the ability of major Russian banks to operate in sterling around the world with a prohibition on clearing payments in sterling; and we will limit the amount of money Russian nationals can deposit in their UK bank accounts. The Government will expand measures to prevent key goods and technologies from being exported to Russia and will no longer approve licences for the export of dual-use goods, with immediate effect, and ban the export of a range of high-end and critical technical equipment and components, with enabling legislation to be laid this coming week.

Over 100 more individuals and entities will be sanctioned, including Russia’s largest bank and major defence sector organisations. We will freeze all their assets in the UK and prevent any UK entities from engaging with these organization and individuals in the UK or overseas, and the Government will impose a travel ban on individuals. Sanctions will also be applied to Belarus for its role in the assault on Ukraine. And Aeroflot (the Russian state airline) has been banned from our skies. The Government will bring forward an Economic Crime Bill before the House rises for Easter, including reforms to Companies House and a register of overseas property ownership. These are all crucial steps to curb the flood of Russian money in our financial systems.

But we have to recognise and accept that this conflict will not be cost free to citizens of the UK. Russia’s timing was intended to create maximum hurt, when the global economy was facing huge energy price rises and cost of living challenges following Covid. To cut off Russian supplies of energy to Europe, to hurt their economy, represents 40% of total supply. That means less to go around. We are less dependent than other countries, but taken together prices will rise no matter how much we do across Europe to source alternatives. We must urgently reinvest in domestic energy markets in the North Sea and on land and must look at turbo charging nuclear development. Thankfully all this can be done in a much more environmentally friendly way thanks to new technology.

Democracy and the freedom and peace it beings is not for sale.  Putin will threaten the worst, as he has done in the past. He will interpret our legitimate response as aggressive. Whatever he now does and whatever the cost we must stand firm with international friends. Calm heads and strong hearts will see us through this.

Any constituents concerned regarding British nationals currently in Ukraine, should call the British Embassy on +380 44 490 3660.