Thoughts on the 'Brady Amendment', scrutiny of Government & the current rules 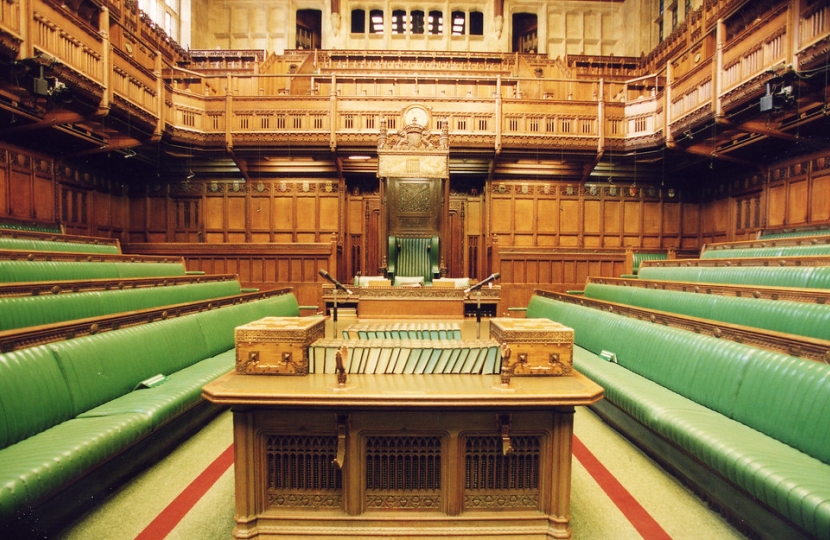 Fundamentally, there are 3 issues at play here – the amendment itself, scrutiny of Government and the measures currently in place.

Whilst I very much support the sentiment behind the Brady amendment and what it is trying to achieve, as I will outline shortly, I cannot support the amendment due to the technicalities behind the mechanism being used.

The motion which is being debated on Wednesday, under the terms in which it was originally enacted, requires the House to either approve and continue the temporary measures put in place under the Coronavirus 2020 Act or reject them, at which point they must expire within 21 days of the vote.

Government ‘makes’ secondary legislation, not Parliament, therefore Parliament cannot amend it and procedurally, any amendment cannot change the Coronavirus 2020 Act either. Therefore, I believe that the Speaker will not select the amendment and, as such, it doesn't actually achieve anything.

Where there is an issue currently is scrutiny or, rather, lack of it. Scrutiny of Government is a vital function of any legislature and it is right that, where possible, Governments have to seek approval from MPs to proceed with legislation, as is the case with all primary legislation, such as when they passed the Coronavirus 2020 Act.

Statutory Instruments (SIs) are the most common form of Secondary Legislation and the power to make them is set out in an Act of Parliament (Primary Legislation) and nearly always conferred on a Minister, allowing them to make laws based on matters identified in the Act.

The reality is that because there are so many SIs (1136 in 2019 & 3002 in 2012 for example) and a lot are uncontroversial, they get either get voted through unopposed or voted on in what’s known as deferred divisions ( https://www.parliament.uk/site-information/glossary/deferred-divisions/ ).[1]

Since January 28th, 245 (at the time of writing) SIs laid before Parliament have been related to Coronavirus, using powers from 100 different Acts of Parliament, including ones passed in 1833 and 1949.[2]

The problem, as outlined by the Brady Amendment and others is that, for the vast majority of SIs (178/73%) the Government is using the ‘made negative’ procedure meaning that they are automatically signed into law, without scrutiny. It automatically remains law unless a motion – or ‘prayer’ – to reject it is agreed by either House within 40 sitting days. Under the current situation, by the time Parliament can begin to scrutinise the legislation, the Government will have already replaced the SI with another updated SI.

Under Parliamentary convention – ‘the 21-day rule’ – by which, wherever possible, an SI which is subject to the negative procedure is laid before Parliament at least 21 calendar days before it comes into effect. This hasn’t been happening during the current pandemic, with the Government introducing SIs sometimes less than an hour before their provisions are due to come into effect. Of the 178 Coronavirus-related ‘negative’ SIs laid Parliament, 120 have breached the 21-day rule. This fundamentally isn’t how a functioning legislative process should operate.

These definitely aren’t normal times that we are currently living in, but that shouldn’t mean that the Government has the ability to simply put in place regulations with real world implications without scrutiny. The reality is that most of the regulations being put forward would almost be certainly be approved by Parliament anyway, but effective scrutiny and oversight is vital, especially at a time of national importance. This needs to change and Parliamentarians must be given more of say on the measures that are impacting both the lives of constituents, both physically and economically.

Whilst we all understand the intended purpose of these restrictions and lockdown, we need to remember it also has a significantly detrimental impact on people’s mental and physical health, on the ability of children to receive a proper education, and on countless individual livelihoods.

Along with other MPs I am lobbying for any restrictions to be proportionate to the risk – and to consider non-Covid related health factors. The risk is inevitably a bit of guess work supported by some science. Comparing the Coronavirus activity in other countries and assuming the same pattern will emerge here is not appropriate for so many reasons – our cultures are different, our geographies are different, we count infections and deaths differently – and I could go on. Similarly, it makes no sense at all to apply the same restrictions here in the South West as in the North. We have the lowest infection rate – and have suffered the worst economic impact.

This virus is now endemic in the community – and we have to learn to live with it. Even a vaccine isn’t full proof protection. Social distancing and hand washing are sensible with a severe outbreak. After that people need to use their common sense. However many rules you have, those that either don’t care or don’t agree will flout them. Law doesn’t make people good – it just enables you to punish them. It is impossible for the police to enforce these new laws even with the military taking over some of their other duties.

Therefore, whilst I fully support any proportionate measures to keep our community safe, I would very much welcome the ability for Parliament to have further scrutiny over the measures imposed by the Government going forwards. A 'one size fits all' simply doesn't work for the South West where we have the lowest rates of infection whilst being hit disproportionately the hardest when it comes to the economy. This has to change.