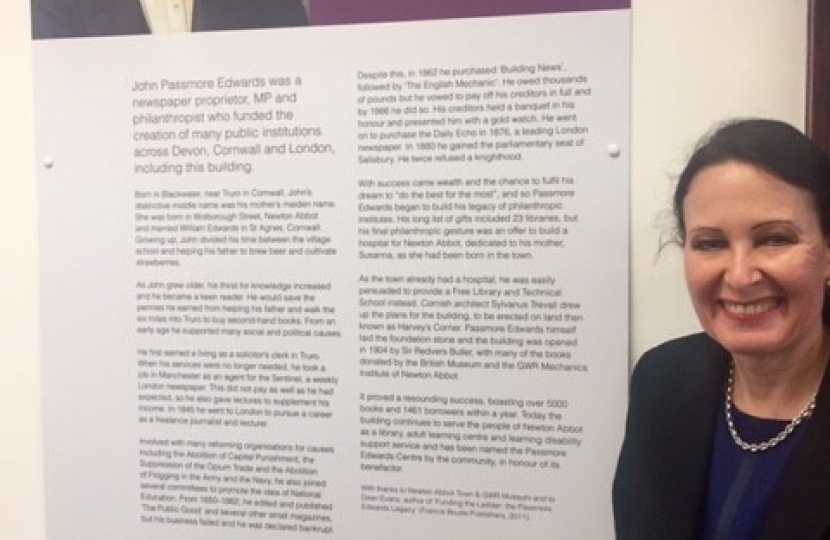 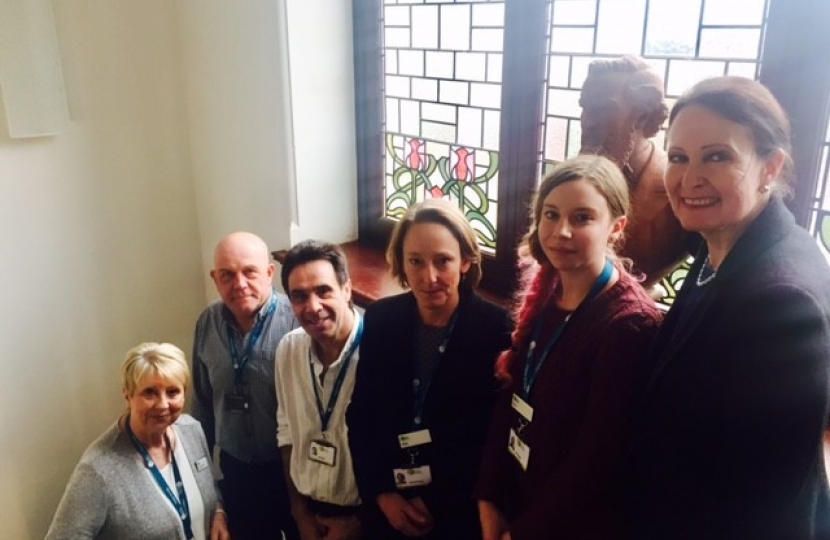 To celebrate English Tourism Week, and this year’s theme of Literacy Hero’s, Anne Marie visited the Passmore Edwards Centre in Newton Abbot. John Passmore Edwards made gifts of 23 libraries to communities in Devon, Cornwall and London, despite the earlier failure of his businesses which led to bankruptcy. Following the bankruptcy, he went on to own ‘Building News’ and ‘The English Mechanic’ publications and eventually the leading London newspaper ‘The Daily Echo’. He also edited ‘The Public Good’ from 1850 to 1862 reflecting the many reforming organisations he was involved with.

Newton Abbot’s library was designed by Sylvanus Trevail and erected on land known then as Harvey’s Corner. Opening in 1904 it became a tremendous success housing over 5,000 books, some donated by the British Museum, and it attracted 1,461 borrowers in the first year.

John Passmore Edwards twice refused a knighthood in honour of his good works, and in 1880 became MP for Salisbury.

Anne Marie welcomed the continued success of the Centre saying: “We are extremely fortunate to have such a vibrant and comprehensive centre for learning, meeting and reading here in Newton Abbot.  The Passmore Edwards Centre is not only a beautiful building, but a hub of our community, and the staff work tirelessly to ensure all users enjoy a friendly and relaxed environment. I would like to take this opportunity during English Tourism Week to thank the staff for all their hard work catering not only to locals, but to the visitors who enjoy the nationally important Railways Study Collection. I’m looking forward to seeing their continued success for many years to come!”

Today the Centre continues as a Library and is a focal point for the Newton Abbot community with a range of activities for both young and old alike. Visitors to the area enjoy the Centre’s Cafe and relaxing in the courtyard while community organisations and commercial companies can hire the Centre’s rooms for events and activities.