My Week in Westminster 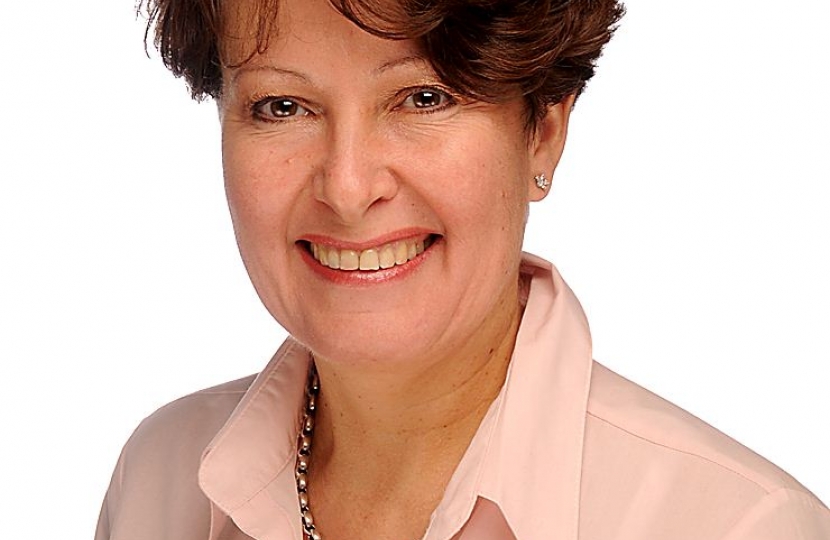 We have a spectacular railway line running down the coast from Starcross through Dawlish, the Warren and Teignmouth coming back inland at Newton Abbot. It is critical to our tourism industry which is a very large part of our local economy as well as being much needed and used by local residents. It is one of the fastest growing lines in the country with some two million passengers using this stretch of the .line in the last 12 months. I am delighted that I was able to secure an Adjournment Debate in Westminster Hall, the second debating chamber in the House of Commons, to ask the Government to confirm that this line is a priority, that they will support continuing investment in it by Network Rail and the Environment Agency and that they had no plans to resurrect the inland route as an alternative.

Network Rail invest some £500,000 maintaining the line each year but recognise that by 2025 a significant additional sum will be needed. We need a shoreline Management Plan which all parties sign up to and support –and we need to get this agreed sooner rather than later given the cost, timescales and disruption involved so that we can properly plan and prepare. I am pleased to say that the Minister confirmed that the government supports the coastal route as the primary route and has agreed to write to Network Rail and the Environment Agency to that effect. If there were money at some point in the future for an inland route it would be a secondary and additional route.

Many of you have asked me where this bypass has got to. As you know I have secured a meeting between interested parties and the Minister responsible but the real challenge is coming up with a sensible affordable proposal. For the bypass to benefit from the funding available we have to make a winning economic and environmental case. The old rules that the last government had put in place required a project to be decided on an all or nothing basis. I am lobbying to change that so that we have the option of having part of the work authorised and put in place, if it cannot all be afforded at once. If we could start to tackle some of the key bottlenecks that would make a big difference.

The alternative way forward would be to find a way of funding the project through a public/private partnership. So for example a large private contractor would partner with local and national government to build the bypass. The challenge here is how the contractor would get a return on its investment. I am not in favour of a toll road which would mean local residents having to pay just to go to work, but there are other ways of doing this –much depends on how creative and determined the parties are to get this project moving forward. I will do whatever I can do to support a solution by lobbying the ministerial team.

The House saw another busy week. The Finance Bill went through a further reading, Equitable Life started moving through the committee stage to put in place the framework for payments to be made, the Opposition put forward a debate on Housing Benefit and the Backbench Committee put forward a debate on the Government’s policy for growth.

In Westminster Hall we had a debate about the future for an LEP in the South West. It is very important that a successful bid is put in by Devon and its chosen partners to enable us to move forward to develop a proper strategic plan and to bid for funding under the Regional Growth Fund in January and look at other public/private infrastructure investment opportunities. I spoke up very much in favour of establishing an LEP and have been working with all parties involved to see a partnership evolve, probably across Devon and Somerset where there are already a number of synergies.

On Friday I had a very constructive meeting with Ann James, Chief Executive of NHS Devon, our Primary Care Trust. We talked about the future locally following the NHS White Paper and the progress being made to prepare for this important change. It felt very Christmassy to go on to attend the Stover Christmas Fayre. On Saturday I held two surgeries, one in Newton Abbot and a second in Dawlish. Sunday was a very poignant day –Remembrance Sunday – which I spent first at the Service in Teignmouth, then the service in Dawlish and finally the service in Shaldon. I would have loved to attend more but asked local councillors to represent me at Newton Abbot and Kingsteignton, laying wreaths on my behalf. After the ceremonies in Teignmouth and Dawlish, I went on to the Royal British Legion clubs to enjoy their hospitality. I have to say the work that they do to help ex-service men and women in need is a wonderful example of the Big Society in action.

Surgeries and Getting Together

My next surgery will be in Kingsteignton at the Community Centre at 10am on Saturday 20 November. Please phone 01626 368277 for an appointment or for immediate help with issues that can’t wait until the next surgery. My next pub meeting will be on 19 November at 6.30pm at the Smugglers in Holcombe –I should love to see you there!