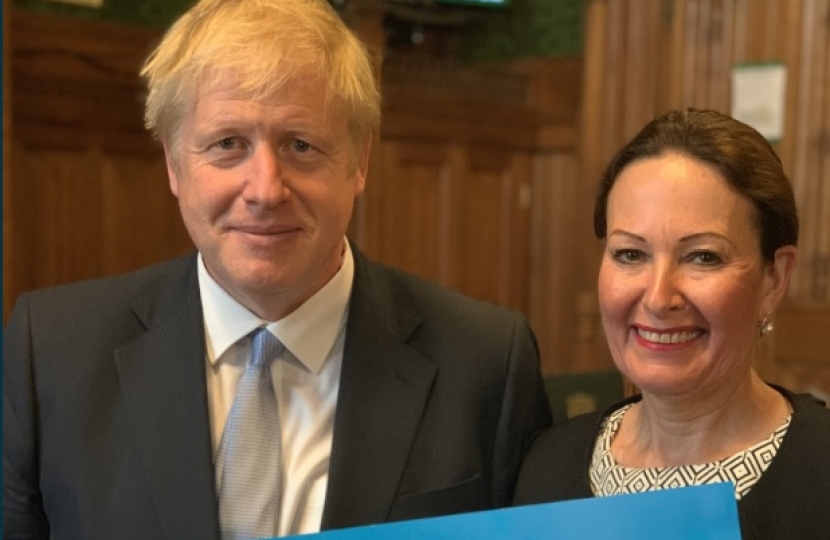 Today was a historic day. The Prime Minister brought a new deal to the House which finally represents the will of the people as expressed in the referendum. It will deliver sovereignty, control of our laws and the ability to enter into free trade deals with third party countries.
Remainers in parliament attempted today to delay Brexit taking place on 31 October. They may have succeeded in preventing today’s meaningful vote on that deal but they have not and cannot prevent the Withdrawal Bill being laid and debated next week in parliament. The so called “surrender Act” cannot trump the existing Withdrawal Agreement Act which provides for an exit date of 31 October.

No extension will be asked for, nor need it be. I little doubt however that this will be subject to legal political and procedural challenges. I intend to honour my pledge to deliver Brexit with or without a deal. I will scrutinise the bill when laid but will be supporting a bill which reflects the agreement before us today. However if amendments change its central purpose clearly that will be a different matter and in those circumstances we will be heading towards a no deal exit on 31 October - for which we are contrary to the media reports well prepared.

For the avoidance of doubt let me be clear. While this deal has still a number of imperfections it does not deliver the economic catastrophe that some predict, it does not stop us regaining control of our seas and fishing rights, it does not tie us to accepting EU regulations and it does not divide the UK. Northern Ireland remains and will continue to remain a much valued part of the United Kingdom.

We have but a few days to deliver Brexit and that I will endeavour to do with or without a deal. The country wants Brexit done- and that must be our priority. Clearly doing a deal on 31 October is however not quite the end of it. We must then during the transition period negotiation the best free trade deal available with Europe possible. During that time we will still trade with each other without any tariff barriers.

An update from Anne Marie on Government advice and help for businesses and individuals during the ongoing COVID-19 pandemic.