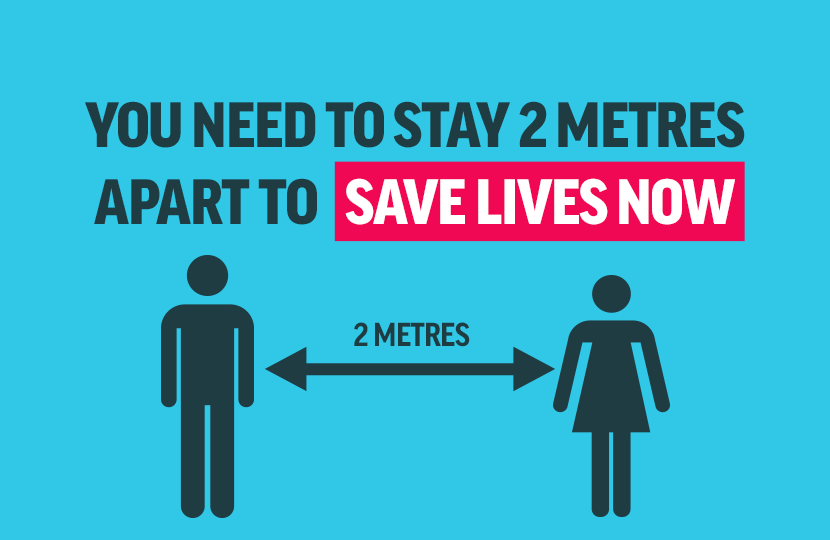 The Government’s plan out of lockdown, seeks to return life to as close to normal as possible, for as many people as possible, as fast and fairly as possible, in a way that is safe and continues to protect our NHS. That means we must start to prepare for these changes locally and I have spent much of this week talking to those who will have to implement those changes.

School absence hits hardest those children from more disadvantaged backgrounds, perhaps because they have no internet or computer, or because there is nobody to homeschool them. All children eligible to return will have access to testing from 1 June, and by limiting class sizes, staggering break times and reducing the use of shared items, we can prevent transmission and keep our children and teachers safe. We know children are at a low risk of infection, and the research so far undertaken indicates that young children are very unlikely to transmit the disease to adults.

I am really pleased nurseries are now open and selling plants rather than composting them. The construction businesses have worked out protocols to safely work on site and are back up and running. Those in office-based businesses are deciding who should be home working and who should be in the office. Hot desking is not allowed. Camp sites and cafes are thinking through what changes they must make to reopen. Some manufacturing businesses have come up with some very ingenious solutions!

Parliament, like every other business, is adapting to the new virtual world and last week, for the first time in history, we voted electronically on the Agriculture Bill. The bill marks an important step in our departure from the EU and sets the rural economy and farming community on a new course. Direct payments to farmers are currently based on how much land is farmed.  The new scheme champions public money for public goods. The new model will be introduced slowly over a seven-year period starting in 2021. New schemes pay farmers for environmental and animal welfare improvements. The Government is pledging to maintain the levels of financial support to farmers that they were receiving under the EU scheme - but spending the money differently based on environmental and animal welfare improvements rather than just the amount of land farmed.

Of key concern to all of us is the quality of our food, our food standards and our animal welfare standards. There were two amendments proposed to ensure any new trade agreement respected the maintenance of those standards on imports. The Government has already confirmed it will -but many of us wanted it in the bill itself. I put my name to one of the amendments which much to my surprise was withdrawn. The alternative amendment would have required every trade bill – and there will be hundreds - to come to the floor of the House to be debated. While parliament needs to scrutinise what Government does, this seemed to me overly burdensome and I did not support it. It was in any event, defeated.

The Clinical Commissioning Group which is responsible for advising locally on how the disease is developing and the state of NHS readiness, gave Devon politicians a demonstration of the model they are using based on the Imperial College model produced by Professor Neil Ferguson. The model identifies the impact on bed numbers depending on the R number, the infection rate. As with any tool, it is only as good as the assumptions that it is based on and the accuracy of the data used. I have serious doubts as to the accuracy of the predictions from this model on both counts. I shall therefore be very carefully monitoring any decisions made based on it.

Yesterday’s statement by the Prime Minister at last ends lockdown, I sincerely hope forever! We return on Wednesday 2nd December to a 3-tier system. But that system will impose even more stringent measures.