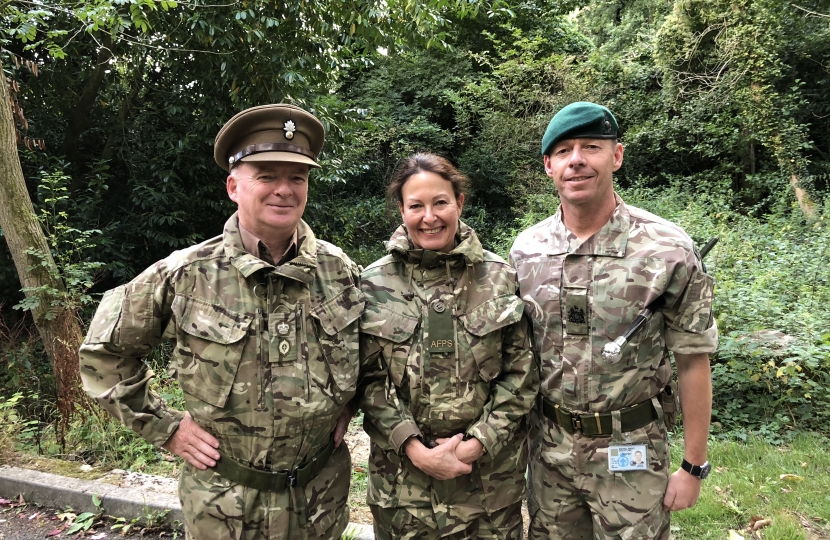 Last week saw two significant announcements from the Prime Minister; one on the Green Industrial Revolution and another on the integrated review of defence spending. Both have the potential to bring investment to Teignbridge, enabling us to build back better post-Covid-19 and levelling up both our local workforce capability and the local and wider South West economy.

Two centuries ago, the UK led the world’s first Industrial Revolution. Powered by innovation and private investment, this transformation gave birth to many of our great industries, such as the railway, giving us here in the South West, lines such as the South Devon railway line and the genius of Isambard Kingdom Brunel and others. We have a proud entrepreneurial tradition in the South West and it’s absolutely right that this will be mobilised as it was before, levelling up our country and enabling our fantastic local businesses and workers to forge the future once again. By investing in clean technologies – wind, carbon capture, hydrogen and many others – Britain will lead the world into a new Green Industrial Revolution.

As I have said frequently over the last few years, renewable energy and wiser energy consumption must be key. I am very pleased and proud to have locally not for profit organisations helping parishes, schools and other public bodies to introduce local schemes sharing excess energy created within the community.  But we need to do more. In particular all new commercial buildings and public buildings should be required to be designed for energy self-sufficiency using solar and other renewable power.

But it is transport systems which need to take a lead. It’s not just developing electric cars and establishing charging points, but looking at our commercial vehicles, buses, trains and planes. How can these be better fuelled in an affordable way? Cleaner fuels need to be developed and the government need to invest in research to store renewable energy, one of the biggest limiting factors in its use. Therefore, I very much welcome the move to invest in carbon capture, usage and storage, as well as other energy storage measures.

The air we breathe and the water we drink need to be clean too. I have signed many petitions for a new Clean Air Act. Newton Abbot already exceeds clean air toxicity limits and that must change.

On Thursday, the Prime Minister set out the largest investment in our armed forces since the end of the Cold War, with an extra £16.5bn being invested over the next four years. This will help create 40,000 additional jobs, revitalise British shipbuilding and ensure that the United Kingdom is a global, outward-looking nation now we have left the EU.

Spending on defence projects, secured with this funding, is expected to create up to 10,000 thousand jobs annually across the UK. These will reflect the expertise and ingenuity of British people both inside and outside our Armed Forces harnessing the UK’s skills in construction and science and reinvigorating those industries in the coming decades and I hope to see some of that investment here in South Devon. This funding will enable a revitalisation of British shipbuilding by creating and safeguarding thousands of jobs in UK shipyards and also be used to create a National Cyber Force an Artificial Intelligence agency.

Over the last 3 years I have been incredibly lucky to have been able to take part in both Armed Forces Parliamentary Scheme (AFPS) and also a course at the Royal College of Defence Studies (RCDS) which has been a fascinating insight into how the armed forces work and how they are tackling the threats we face today. The Ministry of Defence is already directly responsible for around 32,500 jobs here in the South West and I will be working with colleagues to ensure that as many new jobs come to the South West as possible.

Both announcements show this Government’s clear commitment to levelling up across the United Kingdom and I will be lobbying hard to ensure as much as possible is directed to Teignbridge and the South West.

As always, if you would like to book a virtual surgery call or raise a specific issue, please call my office on 01626 368277 or email annemarie.morris.mp@parliament.uk to arrange an appointment.