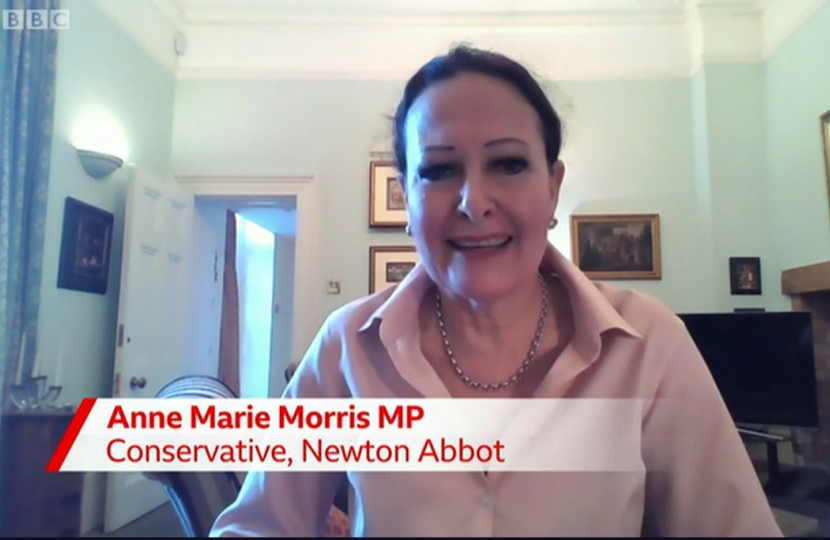 Earlier this week, the World Trade Organisation (WTO) agreed that the UK will be able to join the Agreement on Government Procurement (GPA) as an independent party from 1 January 2021.

This means that British businesses will have guaranteed access to global public procurement contracts worth over £1.3 trillion a year. This will benefit businesses across every part of the UK, from manufacturing and professional business services, to advertising and construction, including small businesses.

For example, UK advertising agencies can continue to export their services and remain competitive when bidding for tourism, branding and inward investment promotion work in other countries around the world. I very much welcome this significant step towards re-establishing Britain as a major force in global trade and a truly independent trading nation.

This Thursday saw a debate take place in the House on housebuilding targets and the new algorithm, which I mentioned in the last column. Unfortunately, I was unable to take part in the debate, but I remain strongly opposed to the proposed new figures which would see a 102% increase in the number of houses being built in Teignbridge each year. I use the word houses rather than homes because what is built by developers are completely sub-standard, even as new builds, requiring repairs from almost the time they are completed. Instead, I want to see the right types of houses being built in the right areas, with right infrastructure.

The Government, quite rightly, speaks of levelling up across the nation but, in this case, it seems to be more a case of levelling down the ground to build more identikit houses. In order to truly level up our community we need to be building affordable and social housing, making it actually affordable to get on the property ladder rather than pricing young people and families out of the market.

I very much welcome the Prime Minister’s announcement this week at the Conservative Party Conference of a policy of ‘building back greener’ whereby the UK will become a world leader in low-cost, green energy – creating 60,000 more jobs, slashing carbon emissions and boosting exports. This will be achieved by becoming experts in clean wind energy – so that in ten years’ time offshore wind will be capable of powering every home in the country.

The Government will invest £160 million to upgrade ports and factories across the whole country to increase our offshore wind capacity – creating thousands of jobs. Our offshore wind capacity is already the largest in the world, and this new investment will see around 2,000 construction jobs rapidly created, while enabling the sector to support up to 60,000 jobs directly and indirectly by 2030, in the manufacturing of next generation wind turbines.

It was great to hear that Buckland Athletic, Buckland Athletic Women and Newton Abbot Spurs have been awarded funding from the Premier League’s Match Day Support Fund, enabling them to put safety measures in place to facilitate the safe return of fans at matches. DCMS now need to be looking at the best ways of getting fans back into grounds at a higher level, such as Torquay United. Not only do sports clubs play a vital community role, both in terms of supporting the local economy and youth sport participation, having something that sports fans can look forward to during this uncertain period would be good thing!

Finally, by the time many of you are reading this in the MDA, I will have voted against the current 10pm hospitality curfew as I have yet to be convinced there is any proper evidence that it makes a difference to stopping the spread of the virus.

If you would like to book a surgery call, please call my office on 01626 368277 to arrange an appointment. As a reminder, like most MPs, I don’t deal with constituent queries or casework on social media. If you have anything you’d like to raise, please call the office or email me – annemarie.morris.mp@parliament.uk