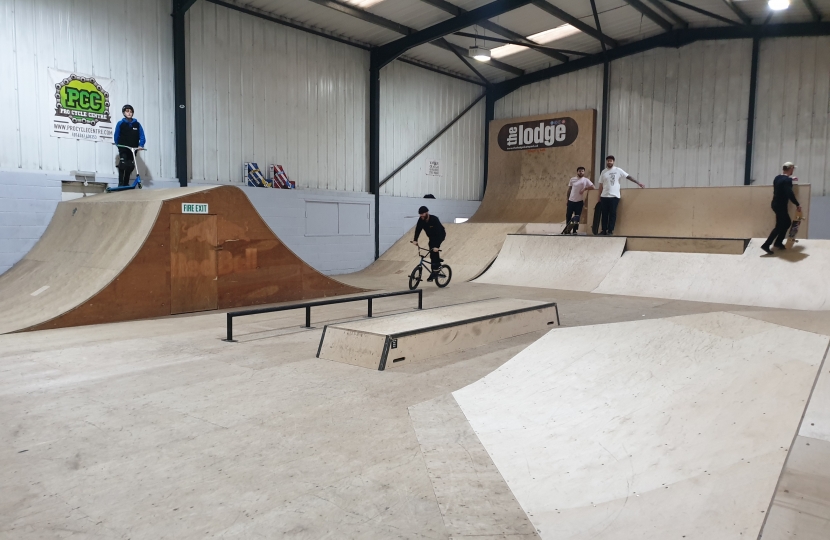 There are seven pieces of health-related legislation coming through the House; These are all important Bills. On Monday last week I wanted to establish exactly what the NHS Funding Bill, the first of these Bills, was going to deliver. While delighted that we will have five years’ spending agreed in this Bill, I wanted to hear from the minister how the cash figure in the bill had been calculated. Would it be enough? How had the size of the need for healthcare been calculated?

On Wednesday, I wrote to Network Rail asking them to clarify a number of matters regarding the Parson’s Tunnel to Teignmouth Resilience Project. The concerns I have raised on behalf of constituents have been in the spirit of achieving the very best possible outcome for the resilience works. This is certainly not an ‘anti rail’ campaign.

There is an overriding sense of frustration that alternative options have not been properly considered, and if they have that this comparative information has not been shared. The public perception is that Network Rail have only considered the current proposal as it is the most cost-effective option. Clearly cost, and expense to the public purse is hugely significant. It boils down to transparency – and a desire for an open conversation with Network Rail.

There is a real opportunity to create something special, something bringing back some of the historical features of the railway lost to modern memory. There used to be a cafe at Sprey point – could we create a modern equivalent?  Network Rail are required to replace any lost amenity value. While there are lots of paths and walks, they lack any character or empathy with the railway’s history. It would be fantastic if local group could look at this opportunity as hard as we look at the best engineering solution.

Network Rail are required to consider not just the environmental impact - but also the economic impact of the project. The visitor economy to Teignbridge is worth an estimated £185m a year. Teignmouth needs to be more not less attractive to visitors. Beach loss is a key part of the town’s attractiveness. What do we need to do to make this a landmark place to visit – for the leisure amenity, historic significance and cultural heritage on offer?

We need assurances that all proposals will be given proper consideration during the consultation process in order to achieve the very best for our beautiful coast and beaches, whilst ensuring the long-term viability of our heritage and iconic rail line.

The Lodge Indoor Skatepark in Newton Abbot has just had a complete makeover thanks to the hard work and design input from all the young people using it. I was thrilled to be there for its formal relaunch with the many donors and young people involved in the project. I know how grateful the team are to all the Lodge’s donors and sponsors for making all of this possible, and in particular to the not-for-profit Viridor Credits for their help in funding the redevelopment. A great community success story!

An update from Anne Marie on testing, 5G, and historic votes in Parliament.