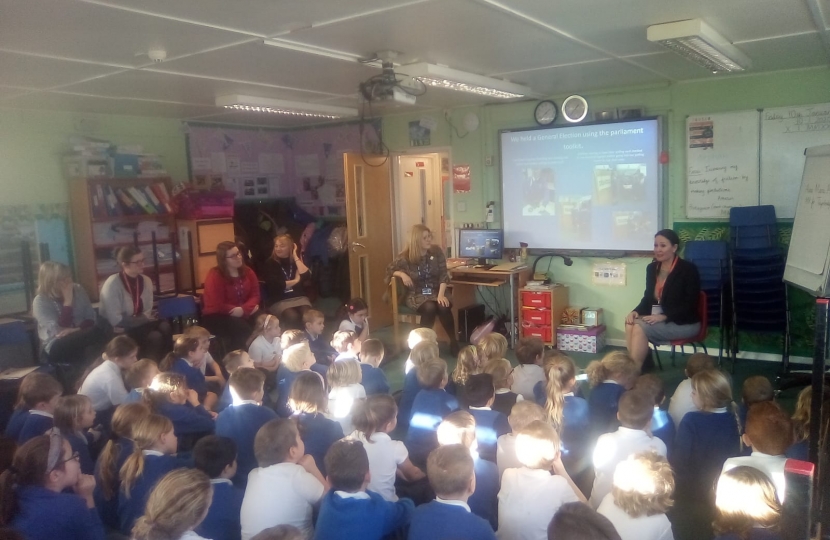 It was a busy start to the new Parliamentary term. The Withdrawal Agreement Bill passed through the Commons and went to the House of Lords. The Withdrawal Agreement is on track to go into effect on January 31st, when the UK will leave the European Union. We will then enter a transition period until the end of December 2020, during which our future trading relationship with the EU will be negotiated. It’s amazing how in one week we have delivered what we could not deliver in the past three years. At last we have a parliament which properly reflects the will of the people!

The Government introduced the Direct Payments to Farmers (Legislative Continuity) Bill to provide financial certainty for farmers across the UK through ensuring that expected farming subsidies are paid for 2020. It follows the Chancellor’s recent announcement confirming the same level of funding for direct payments for 2020 as for 2019.

Looking forward the other important piece of work is to clearly establish what funding will be provided to Government Departments to enable the government’s priorities to be achieved. This is particularly true for local government which, in addition to its other requirements, must be properly funded to provide Social Care. I’m already working hard to make sure that your voice is heard and to influence decisions.

I was really pleased to visit Cockwood Primary School to congratulate Mrs Roper for achieving her UK Parliament Teacher Ambassador Gold Standard Award, and to see what the children had learnt. I was treated to an excellent presentation of everyone’s contribution to the project.  The children had learned about general elections, including lobbying constituents, preparing a manifesto and making speeches – they said that was the hard bit! They created their own parties and held an election themselves! The room was bubbling – the next political issue they are going to look at is climate change! They had also produced job specifications for the role of an MP – and gave them to me to see if I qualified - I’m still working on that one!

In the first week back in London I had a very constructive meeting with the Secretary of State for Health concerning Teignmouth Hospital. Our Clinical Commissioning Group has promised to provide more information regarding the money needed to complete the new health hub so that the sale of the hospital is no longer needed to make the hub viable. Given the services the hospital continues to provide every day, and needs to continue to provide, closing it makes no sense at all.

I am acutely aware of the concerns regarding Holcombe Beach and the impact of the proposed rail works on it. Since the election, I have had meetings with a number of constituents to hear their views and concerns so that I can be very clear with Network Rail about what needs to be done. Similarly, I am continuing to put pressure on the MMO not to renew the licence to dump silt from Exmouth Harbour at Sprey Point.

Finally, my warmest congratulations go to constituents who were honoured in the New Year Honours list. Bryan Catchpole from Newton Abbot was awarded a British Empire Medal for services to young people. Over 1,500 young services cadets have benefited from his many years of dedicated service. Becky Mitchell from Teignmouth was honoured with an MBE for services to HIV awareness. She showed how this disease does not have to define who you are. I was delighted to see that their inspirational work had rightly received public recognition.