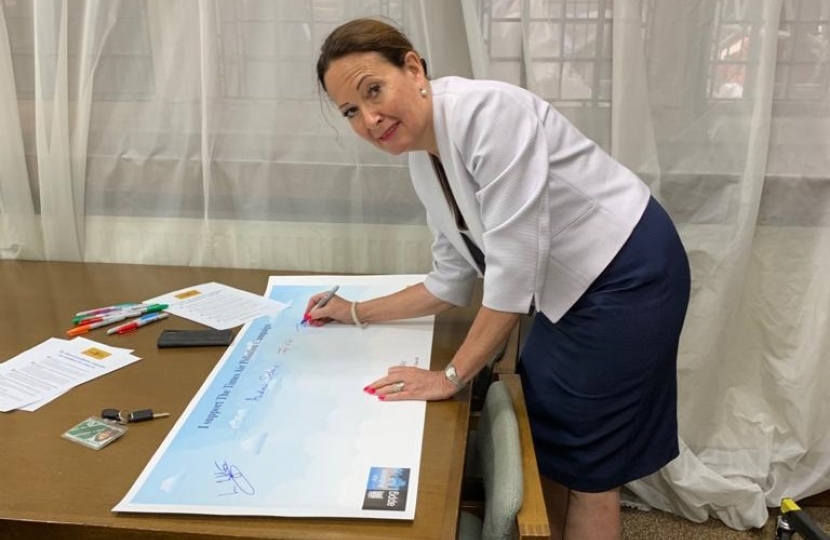 The motion voted on last week by MPs in a bid to avoid no deal does not avoid no deal. It simply requires the Prime Minister, if a deal is not agreed, to ask for an extension and to accept it. That does not avoid no deal but simply pushes our date of exit further away yet again. I choose not to support the motion because Parliament cannot keep pushing back the process of leaving the EU indefinitely. We must deliver the referendum result! It has been over three years since the electorate voted to leave the EU. Negotiations are ongoing and while I would prefer a good trade deal to no deal, no deal is better than a bad deal. I am disappointed that the negotiating position of the Prime Minister has been undermined. I am in no doubt that he will still deliver Brexit on 31 October if he can legally do so.

As Parliament is gridlocked and we now have a minority Government in charge, I agreed with the Prime Minister that a General Election is necessary to move forward and to confirm who the country thinks should lead negotiations at the next European Council meeting on October 17th. We must bring this matter to a conclusion and stop obstructing progress. I look forward to the Queen’s Speech on October 14th in which the Prime Minister can bring forward a new domestic legislative agenda to help the NHS, invest in tackling crime, and cut the cost of living.

On Wednesday, the Health & Social Care Committee met with people working in senior leadership roles within the NHS to discuss the difficulties they have experienced as a result of constrained funding for capital, education and training, social care and public health. This was a fantastic opportunity to hear from frontline practitioners about how they believe the healthcare system can be improved, especially with the Government’s commitment to increase funding.

In great news for public services the Chancellor of the Exchequer, Sajid Javid MP, announced the 2019 Spending Round which ensures that government departments have the funding they need to deliver on the public’s priorities by increasing day-day public spending by £13.8bn next year. This is a good start but I will continue to fight to ensure Devon’s public services get their fair share.

Historically, our schools in Devon have been more underfunded than almost anywhere else in the country. Therefore, it is great to see more funding for schools so that we can ensure every child in Teignbridge gets a good education. Spending on schools will rise by £2.6bn next year, rising to £7.1bn by 2022-23, enabling per pupil funding to increase to the new national levels.

As announced earlier in the summer, an extra £750 million has been committed to recruit 20,000 new police officers – ensuring the police have the resources they need to tackle the rise in violent crime and keep the public safe. This will certainly help Devon and Cornwall Police who are stretched across the largest and one of the most rural areas in the country.

Local councils will get £1.5bn for social care next year to help stabilize the system. Although there’s a long way to go in establishing a social care system that works for everybody, I very much welcome this announcement.

Last week, I was delighted to join The Times’ air pollution campaign and sign their manifest for clean air. The campaign calls for a new Clean Air Act to confer a legal right to unpolluted air for everyone in the UK and asks for pollution monitors in every postcode. Town centers like Newton Abbot can be hot spots for pollution and more can be done to address air quality issues.

My next surgery is on Saturday 21st September 11am in Newton Abbot. Please call my office on 01626 368277 to arrange an appointment.