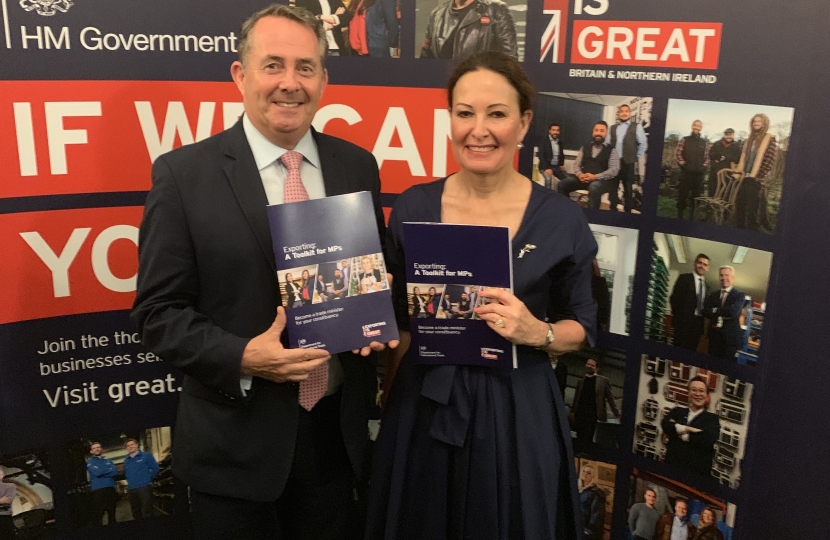 On Monday, I was pleased to attend a meeting of the All-Party Parliamentary Group on Loneliness. The meeting focussed on the important role of social prescribing in tacking loneliness and improving well-being. Social prescribing enables GPs, nurses and other primary care professionals to refer people to a range of local, non-clinical services. It was good to hear from Naomi Phillips, Director of Policy and Advocacy at the British Red Cross, on the important role the voluntary sector has in combatting loneliness in our communities.

On Tuesday, I greatly enjoyed meeting nursing staff and nursing students at an event in Parliament hosted by the Royal College of Nurses. It was good to hear from RCN members about their experiences of delivering care in hospitals, care homes, and community settings. Workforce planning and the supply of staff for the NHS is a key issue to ensure patients continue to receive safe, effective care. It is clear the government needs to look at funding for nurse higher education and ensure we are training enough students to future proof the NHS.

Last week I was the lead member on two inquiry sessions held by the Public Accounts Committee. On Monday, the Committee took evidence from the Cabinet Office and the Department for Digital, Culture, Media, and Sport to hear more about the government’s plan to improve its use of data, to and to provide an update on the national data strategy. On Wednesday, the Committee examined the Home Office’s and the National Crime Agency’s approach to tackling serious and organised crime, including how plans and goals are set; how performance is managed; and how funding and resources are allocated.

The Department for International Trade launched an exporting toolkit last week focussed on supporting businesses looking to grow and export. Regional teams from the Department for International Trade are available for one-on-one advice sessions, arranging international introductions, and helping firms access export finance. I have an upcoming meeting with the team in the South West and I hope some of the fantastic small businesses we have locally will take advantage of this excellent service! Information on how your business could be supported can be found at www.great.gov.uk.

Colleagues and I attended the latest meeting of the All-Party Parliamentary Group on the South West last week. We convened to discuss key transport priorities in the region we can champion together and where we believe prosperity funding from government should be spent across Devon and Cornwall. We have lots to do to improve local productivity so it was good to have the South West Local Enterprise Partnerships also join us at the meeting to discuss a cross-county strategy to drive the Great South West project.

In Parliament on Tuesday, there was a debate on children and mental health services. It is estimated that one in eight five-to-19-year-olds—12.5%, or 1.25 million children across the country—have a mental health difficulty. 75% of adult mental health illnesses begin before the individual turns 18 and over 50% start before the age of 14. It is critical we do what we can to support young people struggling with their mental health.

I intervened in the debate to raise the particular issues faced by rural communities like ours, including the distances being travelled. The lack of broadband means that the opportunities for dealing with those distances are missed. I believe that the Government could use technology more effectively in rural areas. Unfortunately, schools in Devon will not be getting help under the new government scheme any time soon because we are not one of the pilot areas. Currently, teachers are very concerned that they will have more burdens, rather than an added resource. This is an issue that needs to be fixed sooner rather than later, before the system reaches breaking point.

My next surgery is on Friday 2nd August in Newton Abbot. Please call my office on 01626 368277 to arrange an appointment.