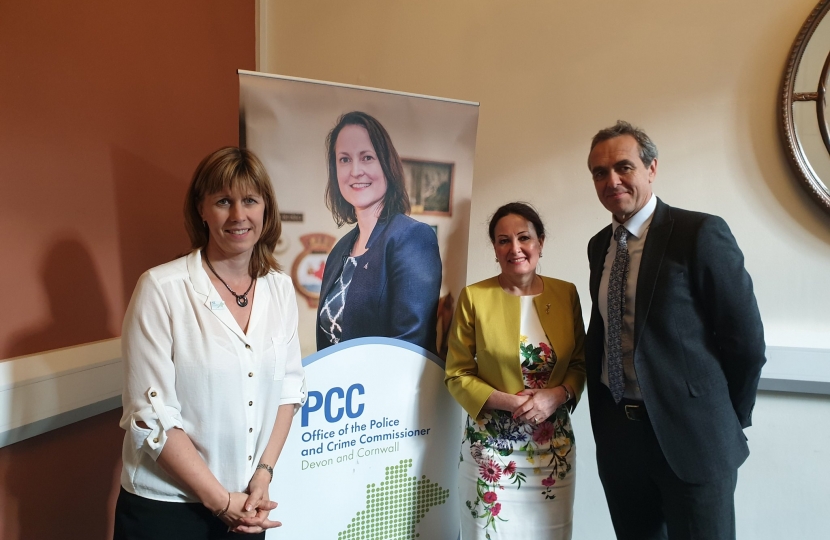 On Friday, the Prime Minister outlined her plan to step down as leader of the Conservative Party on the 7th June, in order for a leadership contest to take place. We expect the first hustings to take place for leadership candidates on the 10th June. The many then have to be whittled down to two candidates, who are then voted on by the party membership. Getting this right is a crucial decision for the party. Like any party we need a good strong leader who really believes in delivering Brexit.

Last week I was delighted to chair three evidence sessions as part of the All-Party Parliamentary Group on Access to Medicines and Medical Devices’ inquiry on NICE’s Methods Review. We heard superb contributions from speakers on how NICE’s role can be future-proofed to keep up with the changing life sciences ecosystem. It was fantastic to hear evidence from such a range of stakeholders representing clinicians, academics, patients, industry, and NICE. There are some clear short term and long-term issues that need prioritising in the review but it will take collaboration from NICE, NHS England, and the Department for Health and Social Care to ensure the system remains efficient and effective.

It was great to see the brilliant work of Therapy Dogs UK being highlighted in Parliament this week. I got the opportunity to meet therapy dog Hotspur and also hear about the fantastic work being done by Therapy Dogs UK volunteers across the country. Their main focus is going into schools and businesses in order to improve the health and wellbeing of students and staff.

On Tuesday, Devon & Cornwall Police and Crime Commissioner Alison Hernandez and Chief Constable, Shaun Sawyer were in Parliament to brief MPs on key developments, including local policing priorities and performance as well as national issues, including police funding. Funding per head of population in Devon & Cornwall remains lower than the average for comparable rural and costal forces. Despite this, the force have been able to make some positive improvements, including placing an additional neighbourhood police officer in every policing sector.

The main focus of the meeting was Devon & Cornwall Police’s campaign to secure extra funding to deal with the significant numbers of visitors to the force area over the summer months. The Office of the Police and Crime Commissioner is applying for a Special Grant to help cope with millions of people who visit the region each year. Analysis shows that 12% of all overnight stays in England and Wales occur in Devon and Cornwall – the only place that gets more is London.

I also had the pleasure of attending an event for the national modern slavery police transformation programme.  The national modern slavery police transformation programme, based in Devon and Cornwall under the leadership of the Chief Constable, has just secured continuation funding for 2019/20, therefore the event was a good opportunity to recognise what has been achieved to date and look ahead to the coming year.

Adjusting to the 'new normal'