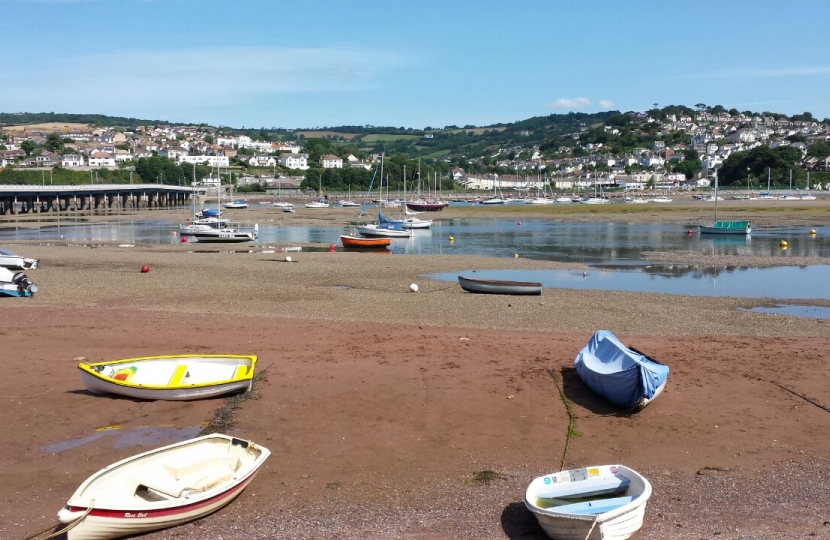 After all the uncertainty and events up in Westminster recently, it has been great to be able to spend Easter recess back in the constituency. It is crucial that we all remember that, whilst Brexit is obviously a huge issue facing our communities, there are a range of other areas that we need to focus on as well.

On Tuesday, Dawlish Manor House hosted a Campaign to Protect Rural England (CPRE) event to discuss housing issues in the constituency and across the wider South West region. As I have noted in previous columns, the current planning laws are fundamentally not fit for purpose and the number of houses required in Local Plans are questionable.

Local Authorities need to have the ability to designate what types of housing are being built, in order to ensure that the housing needs of the local community are met. This should be balanced with the protection of local wildlife and natural spaces.

Alongside housing, health and social care routinely tops the list of issues that constituents want to discuss with me. On Wednesday afternoon I met with Adam Sewell-Jones, South West Regional Director for NHS England & NHS Improvement, to discuss a range of issues facing the NHS in Devon.

This included the current proposals for the hospitals in Teignmouth and Dawlish as well as the Torbay & South Devon Trust area as a whole. We also discussed the challenges faced when it comes to delivering rural healthcare, including ambulance response times and access to specialised services and medicines.

On Thursday, I visited HMP Channings Wood to discuss the outcomes from their recent Independent Monitoring Board Report. Whilst overall staffing levels at the prison have improved and there have been some significant prevention successes around drug usage, the prison is still failing in a number of areas.

Concerns regarding the fabric of buildings, particularly water and unsafe electrics, have been repeatedly raised. Damaged or missing furniture is leading to underuse of rooms and considerable parts of the prison are in a poor state of repair and continue to deteriorate. Capital bids for repair and improvement have been repeatedly refused. I shall be urgently raising these unacceptable issues with the Prisons Minister, Rory Stewart MP.

It was a pleasure to meet with Peter Newbery-Thornton, the new Chair of the Newton Abbot Chamber of Commerce to discuss the local business community here in Teignbridge and the opportunities and challenges that they current face.

I also had the opportunity to join members of the Chamber of Commerce at their monthly breakfast gathering on Thursday morning at Dainton Park Golf Club. The main discussion was around Brexit; both the progress that has been made and the issues faced by local businesses, including the unwillingness of investors to invest.

Figures released last week show that in Devon there are 2.8 million people in work – meaning that 318,000 more people have the security of a job. In Newton Abbot, the number of people who are claiming key out-of-work benefits has fallen by 374 since 2010 – an overall reduction of 32 per cent, meaning fewer people now need this support because they have the security of a job.

The figures show that wages have risen at their fastest pace in over a decade as the unemployment rate is at its lowest since 1975, at 3.9 per cent. With employment in the UK at a record high – including a record number of women in work and a record number of full-time jobs –more people than ever before have the economic independence that a job brings and can reach their full potential.

Behind every employment number is a person and a family whose self-esteem, mental wellbeing, economic circumstances and life chances are all vastly improved by being in the workplace.