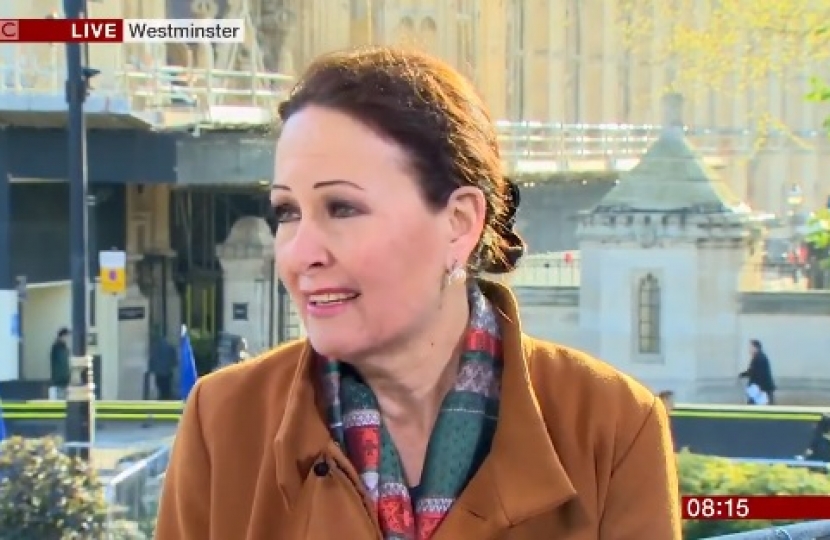 I was very disappointed this week at the Prime Minister’s decision to ask the EU to delay Brexit to the 30th June. The EU agreed to a longer delay until 31st October. The Withdrawal Agreement is not Brexit and is not acceptable to most UK voters. I will continue to support leaving the EU as soon as possible on WTO terms with the aim of later negotiating a free trade deal. I hope to see a new Conservative Prime Minister take the lead over Brexit in the coming months.

I was delighted to meet with Professor Neil Mortensen, Vice President of the Royal College of Surgeons, in my capacity as Chair of the All-Party Parliamentary Group on Access to Medicines and Medical Devices. For the last year, The Commission on the Future of Surgery – established by the Royal College of Surgeons and made up of some of the country’s leading doctors, engineers, data experts, managers, and patient representatives – has been investigating the advances that will transform surgery over the next 20 years.

The Commission has now reported that patients can confidently expect surgery to become much less invasive and more personalised, with more predictable outcomes, faster recovery times and a lower risk of harm. The report makes a number of recommendations to Government, healthcare regulators and medical royal colleges to ensure the surgical community is able to adapt to coming changes and enable patients to fully benefit from advances. I will look to bring these issues up with the relevant Ministers.

I welcome the fact that Network Rail held an update meeting for residents last Wednesday, in order to keep the community updated on their proposals for a new sea wall at Dawlish. The design of the updated sea wall is part of the “100-year resilience plan” for the railway and the town. Network Rail’s announced back in January that they would be submitting plans for the new sea wall to Teignbridge District Council. This application comes before the TDC Planning Committee on the 16th April.

Back in February, I welcomed the Secretary of State for Transport, Chris Grayling MP, to Dawlish as part of his announcement outlining the Investing in the South West strategy paper. The Minister took the opportunity to visit the sea wall along Marine Parade, as well as meeting with Network Rail representatives.

The Government’s announcement that they would be investing £80 million to commence the first phase of major resilience works to the Dawlish sea wall was, and remains, very much welcome. This will provide greater protection to both the railway and homes and ensure that we have a resilient railway line for decades to come.

The core of the proposal at Dawlish is an increase in the height of the sea wall by 2.5 metres, with the top of the wall including a recurved ‘wave return’ to direct water back into the sea instead of overtopping the wall as it does currently. The enlarged wall will include a bigger 4m wide promenade with improved edge protection.

I appreciate that concerns have been raised about the height of the wall and the impact that this will have on views along Marine Parade. Given the aim of protecting the line and the town for the next 100 years, the height proposed needs to take into account predicted sea level rise. Reducing the overall height of solid wall by adding a top railing is not possible as the design requires the top to be recurved to funnel breaking waves back into the sea rather than overtopping the wall.

I am reassured that whilst Houses on Marine Parade will lose ground floor sea views and some restrictions in view will be noticeable, the new wall will retain open sea views at various locations.

My next surgery is on Friday 26th April from 2pm in Newton Abbot. Please call my office on 01626 368277 to arrange an appointment.