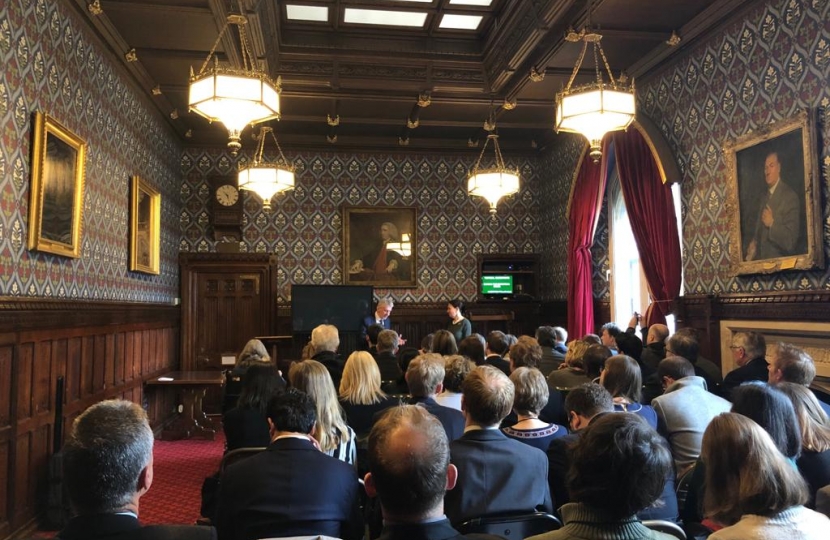 Over the past fortnight the House of Commons held multiple indicative votes considering a wide variety of options as a way forward on Brexit. MPs voted on a host of options including revoking Article 50, joining the European Free Trade Area, joining the Customs Union, holding a second referendum, and pursuing no deal. All were voted down, including no deal, however as Parliament has failed to agree a majority for anything else, no deal remains the legal default on April 12th.

On Wednesday, a vote to hold a third round of indicative votes ended in a tie and, in keeping with tradition, the Speaker voted against the motion. The House then narrowly voted to force the Prime Minister to ask for an extension to the Brexit process; a move I voted against. The bill was forced through in less than 4 hours, making a mockery of standard practice and procedures in the House.

I expect there now to be further calls for the UK to pursue a customs union arrangement with the EU despite there being no majority for it based on the indicative votes. I would vote against any such bill. The Cabinet should instead agree to our exit on April 12th without the Withdrawal Agreement.

I will continue to support leaving the EU as soon as possible on WTO terms with the aim of later negotiating a free trade deal. This is an option we are prepared for. Outside the EU’s regulatory control a well-designed trade, agriculture, immigration, and fishing policy regime would give us an excellent chance of delivering significant longstanding benefits to our communities and our economy.

It was a pleasure to welcome Sir Andrew Dillion, Chief Executive of the National Institute for Health and Care Excellence (NICE), to Parliament on Thursday to discuss the future of the organisation. Over the last 20 years, NICE has been at the heart of the drive for evidence-based care and the adoption of innovative practice. As NICE enters its third decade, it is right to discuss how the organisation can, and should, evolve and adapt for the future and retain its reputation as the centre of excellence internationally. It was great to have such an engaged audience in the room, asking a range of challenging questions.

Monday saw the third session of the All-Party Parliamentary Group (APPG) on Rural Health & Social Care’s Parliamentary Inquiry take place in Parliament. The purpose of the Inquiry is to develop evidence-based policy recommendations for the Government on rural health and social care for England. It has been a pleasure to welcome a range of expert witnesses to Parliament, including representatives from Defra, PHE, the charity sector, and the university sector so far.

Moving forward, the APPG will look at the best practice examples of how primary, secondary and emergency care are delivered both in the UK and abroad. We will also look at the role technology can play in diagnosis, condition monitoring and health and care delivery. The overarching aim of the APPG remains to find policy recommendations that improve the health and social care provision that rural communities, such as ours, receive.

I very much welcome the new funding commitment from the Government to improve the condition of roads across the country, in areas such as ours. £2.27 million will be provided to our local area to tackle potholes, improving the condition of roads in Teignbridge. This new funding to improve the condition of our roads and tackle potholes is great news for businesses and residents in the constituency, and wider South West, who rely on local roads to get to work and to visit friends and family. Such remedial work is becoming increasingly necessary on our rural roads.

My next surgery is on Friday 19th April from 2pm in Newton Abbot. Please call my office on 01626 368277 to arrange an appointment.