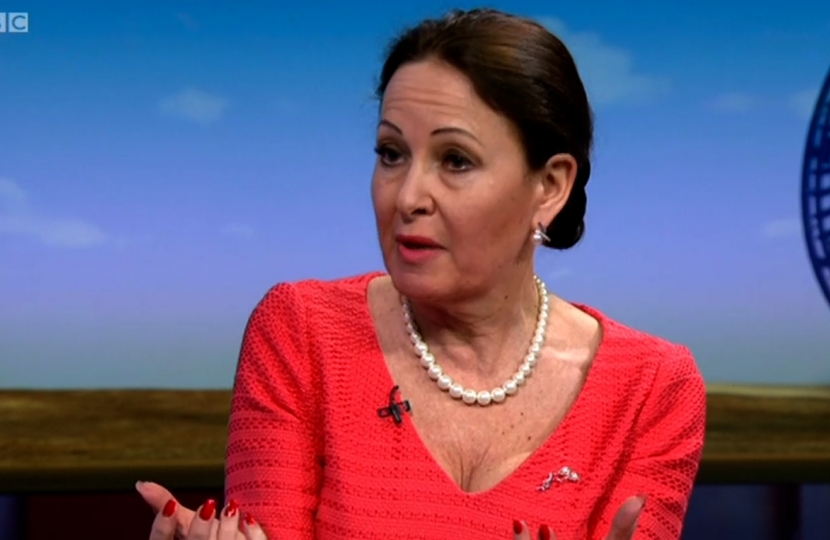 In February 2017 a majority of MPs passed a motion to leave the EU on 29th March 2019 with or without a deal and that is a commitment I have stood by these past two years. The date we are to leave the EU has now moved from the 29th March to the 12th April, if it is without a deal, or to the 22nd May, if the Prime Minister’s Withdrawal Agreement is approved. While I wanted us to negotiate a good deal and agreement with the EU, I have taken the view that the deal on offer from the Prime Minister is not good enough, the threat of being caught in the backstop is too great, and therefore I believe the path to take is the legal default position of leaving without a deal.

The House of Commons last week considered a wide variety of options as a way forward on Brexit. MPs voted down a host of options including revoking Article 50, joining the European Free Trade Area, joining the Customs Union, holding a second referendum, and pursuing no deal. All were voted down. Parliament did vote against no deal but as the Prime Minister has often reminded us, the only way to leave that avoids no deal is to agree on a deal we want that the EU will also grant. Once again Parliament failed to provide a majority for anything else and no deal remains the legal default.

I believe it is right to fulfil the democratic mandate given to me during the 2016 referendum, the biggest democratic exercise in British history, and the 2017 General Election, where I stood on a manifesto to leave the EU. Outside the EU’s regulatory control a well-designed trade, agriculture, immigration, and fishing policy regime would give us an excellent chance of delivering significant longstanding benefits to our communities and our economy.

Undoubtedly, the current planning situation at Wolborough, known as ‘NA3’, is causing a number of concerns for residents in the area. I absolutely share the concerns raised regarding the impact on local wildlife and it is imperative that these concerns are addressed in a thorough manner. Last week, a planning inspector heard evidence from a range of stakeholders including Teignbridge District Council, local residents and the developer. This will continue in June.

Fundamentally, the current planning laws are not fit for purpose and the number of houses required in Local Plans are questionable. Local Authorities need to have the ability to designate what types of housing are being built, in order to ensure that the housing needs of the local community are met. This should be balanced with the protection of local wildlife and natural spaces.

Like many constituents, I am a frequent user of the train service between London and the South West. Whilst I welcome the modernisation of the fleet, I share the concerns raised with me by constituents around the continued teething issues on the new GWR Intercity Express Trains. I am continuing to engage with GWR about these issues to ensure that they improve the service they provide for passengers.

As many will be aware, Universal Credit is currently being rolled out across the constituency and wider Devon area. I recognise that the switch over and what this means is of concern to some and I am working to ensure that constituents get the help and support they need during this process. I would strongly urge any constituent having issues with Universal Credit to get in touch with the constituency office as soon as possible. The system certainly isn’t perfect and we need to ensure we are identifying any issues that constituents might be having so that we can both resolve them and raise them with the relevant Minister.