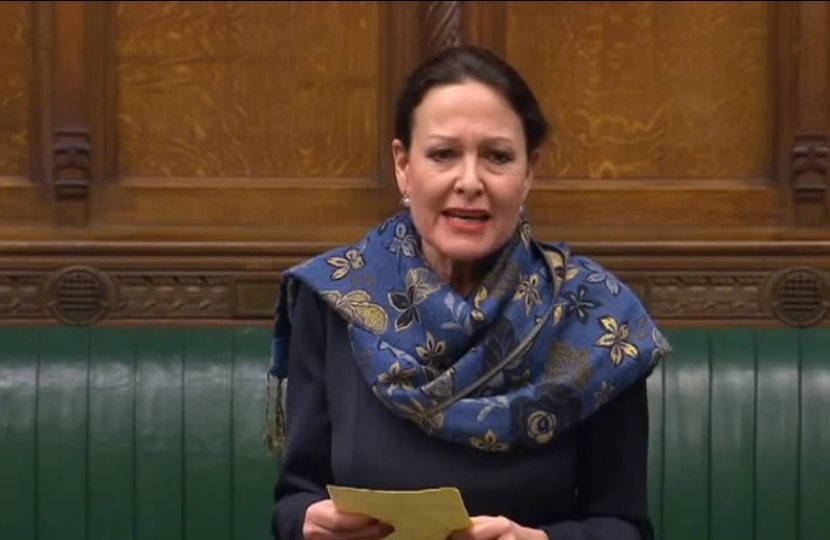 The vote on the withdrawal agreement finally took place last week and unsurprisingly was defeated. The agreement did not deliver Brexit and would have tied us to the European Union on worse terms than we currently have. It would not allow us sovereignty over our laws, over our borders, or over our sea. The backstop would see the UK remain in a customs union with the EU, whereby the UK would fully align itself to the EU’s customs regime, including its external tariff schedule, and as a result we would be unable to sign trade agreements with other countries.

Under the agreement we would also be obliged to follow and implement all EU legislation with no say in its creation. The backstop was supposedly temporary but has every likelihood of being indefinite, with the EU effectively holding a veto over our ability to leave. It is a one-sided agreement that does not protect the UK’s economic interests or sovereignty and requires us to pay £39 billion to the EU with no trade deal in return.

I believe leaving on World Trade Organisation terms would leave us in a sensible starting place in order to negotiate a free trade agreement with the European Union. My work on the Public Accounts Committee examining the preparedness of the civil service for no deal has given me the confidence to support walking away. A managed no deal under WTO rules is better than a bad deal, and this is a very bad deal.

Leaving outright in March under WTO is a cleaner break and more democratic than continuing to draw out this process and remaining within the Single Market and Customs Union without any say over the rules. This would then provide us a stable position from which future trade negotiations can be conducted.

I was delighted to speak at the Westminster Health Forum on social care last week and took the opportunity to speak about the particular challenges for providing care in rural areas. Social care is undervalued and underappreciated and I hope the social care green paper this year changes this. There needs to be better recognition and funding for the voluntary sector, as without them we would not be able to deliver the care we do. Critical will be clarity about how social care is funded moving forward.

On Tuesday, I met with Rowan Ferguson, Deputy Chief Education Officer (Policy) at the Church of England to discuss the educational role they play in rural areas such as ours. Over two-thirds of schools in rural areas (70 percent) are Church of England, meaning the Church has a significant presence in rural communities. We talked about the role these schools have in their communities, not only as education facilities but also as focal points of community activities. The National Funding Formula severely disadvantages schools in areas such as ours. I wrote to the Chancellor at the end of last year to express disappointment schools continue to be underfunded in this way.

On Friday, I was pleased to meet with Glenn Askew, Chief Fire Officer of Devon & Somerset Fire and Rescue Service in Newton Abbot, to discuss a range of issues. He gave a briefing outlining the important and valuable work undertaken by the Fire Service across the constituency. The meeting was also an opportunity for me to understand what challenges the Fire Service is currently facing and what help and support I can provide as a Member of Parliament.

On Wednesday, I met with representatives from Ieso Digital Health to discuss the cognitive behavioural therapy (CBT) solutions they are providing to the NHS both locally and nationally. They deliver clinically led online CBT for people dealing with mental health conditions. This is useful in rural areas, which tend to have a lack of qualified therapists locally.

My next surgery is on Friday 8th February in Newton Abbot. Please call my office on 01626 368277 to arrange an appointment.