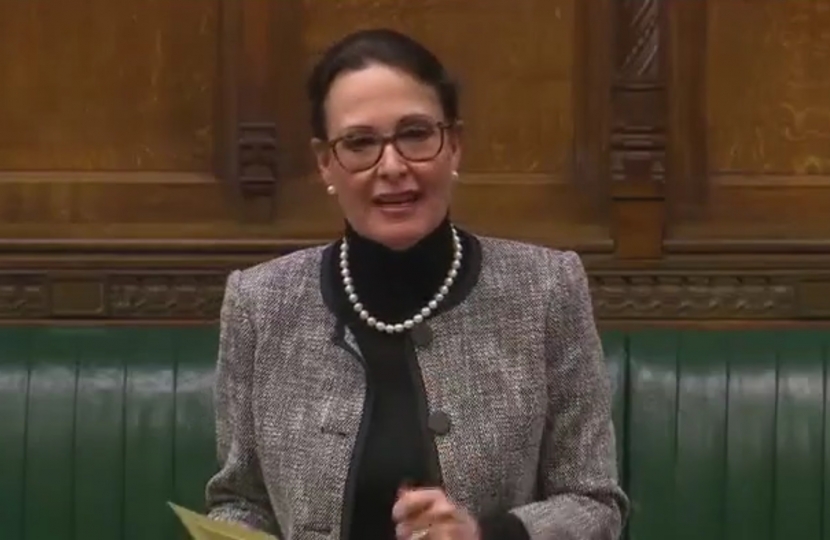 Work on the Public Accounts Committee (PAC) started this week with a session examining two of the UK’s 15 rail franchises: The East Coast mainline and Thameslink, Southern and Great Northern Routes. The session focused on the bidding process for franchises, the future of the lines, and the condition of the network.

On Tuesday, PAC held a joint session with the Public Administration and Constitutional Affairs Committee looking at the collapse of Carillion. I questioned Carillion executives as to their contingency planning in the event of financial failure. On Wednesday, PAC examined the Department of Health and Social Care’s progress against its priority of supporting the care workforce. Demand for social care for our aging population is growing and the workforce in this area is under great stress. I highlighted the inconsistency and postcode lottery in terms of what local councils are able to afford in social care.

This week I intervened in a debate on fisheries policy post-Brexit to reaffirm that in March 2019, as well as leaving the EU’s common fisheries policy, we will be leaving the London Convention of 1964 too, to secure access rights to our own waters. George Eustice, the Minister for Agriculture, Fisheries, and Food, confirmed our withdrawal from the London Convention. It is important that we fairly rebalance the access and management of our fishing resources as we leave the EU.

The Marine Management Organisation (MMO) suspended the marine licence for the dredging of Exmouth Marine and the dumping of material at Sprey Point last week. This is good news in the short term as we await the results of further testing conducted by the Environment Agency. I am unhappy with the MMO for saying that the situation may be an ‘aesthetic issue only’ as while the material that has washed up on the beach may be confirmed to be safe, the black silt that is covering our beaches may have an economic impact on our tourist industry.

In the Chamber, I spoke of the threats to the sustainability of community transport groups in light of proposed changes to the permitting regime. I raised the concerns of Dawlish Community Transport, Newton Abbot Community Transport, and Volunteering in Health Teignmouth over the unaffordable cost and risks these regulatory changes would impose on them as volunteer groups. The Government needs to consider the impact of changes on these vital rural services as part of their consultation process over the changes.

On Friday, I spoke with board members of the Devon & Cornwall Business Council about the core challenges facing the South West; skills - infrastructure, and innovation – and how we can work together to attract funding for the region.

Storm Emma caused damage to the Dawlish railway last week. An assessment carried out by Network Rail found no structural damage to the seawall and the integrity of the railway itself to be fine. However, damage was caused to the fencing and station. Network Rail quickly began works to reopen the line and make the station safe for use.

The Department for Transport’s response to the Peninsula Rail Taskforce report was released on Wednesday. It is a positive, collaborative, and strategic plan. I was delighted to see Dawlish clearly being prioritised and progress being made with the necessary funding for the line. However, it is not clear in the light of the national strategy how the South West fits in. What we need is a route and branch review of what we need in the South West and a long-term plan to deliver it. Support for the principles and some of the projects in the Peninsular Rail Task Force Plan is very welcome and a good start but it is not the end game. I will continue working with fellow South West MPs to ensure we get delivery!