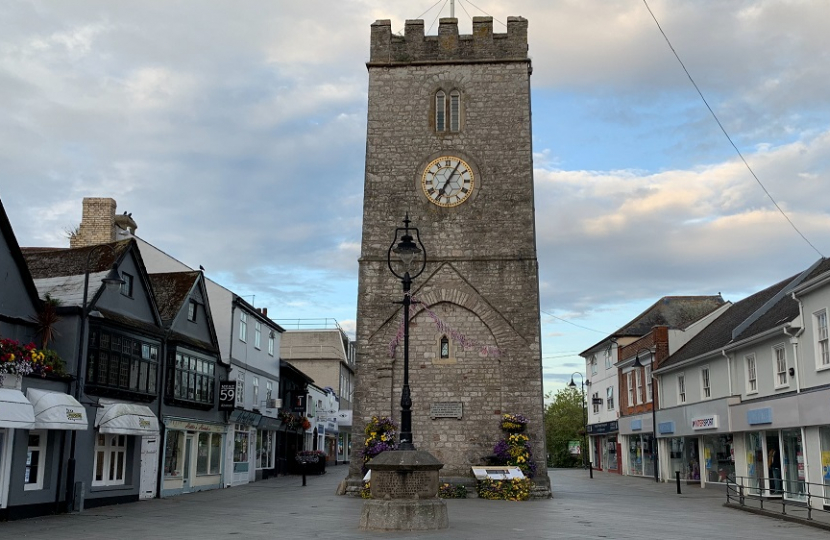 The Prince of Wales read the traditional Queens Speech on his mother’s behalf opening Parliament. The ‘Humble Address’, the formal title of the monarch’s speech, sets out the Government's agenda for the coming session, outlining proposed policies and legislation. This is followed by a week debating the content of the speech, effectively the government’s programme of work. Her majesty was much missed in this her Jubilee year and the Nation’s thoughts were with her.

While two key themes dominated the speech this year- the cost of living and levelling up of our communities, there was precious little action announced to address the former. As a result, there was plenty of criticism - from both sides of the House.  Help is needed now and for many, given how the treasury tax take is rising on the back of these increased costs, they cannot understand why some of that benefit cannot be translated into tax reductions for us all. I agree.

I welcome the concept of ‘levelling up’ but it needs to mean something and make a tangible difference to people’s lives. Teignbridge has some of the lowest productivity rates in the country, and housing simply isn’t affordable for many on local salaries. What we need to see is the levelling up of education funding for our schools, of investment in our local NHS and help for our very many small businesses (let’s hope the Non-Domestic Rating Bill can do that). And we need to see our local councils getting the funding they need to do their job.

As is often the case, the better bits of the Queens Speech have not attracted much media interest. The Schools Bill, the Higher Education Bill and the Higher Education (Freedom of Speech) Bill will begin to deliver on some of the manifesto promises about the quality, and availability to all of education at any age. Lifelong learning and its funding will mean something. And those colleges and universities that have taken limiting free speech to extremes, harassing academics, students and visitors alike who don’t share their views, will be required in future to respect and uphold free speech.

As the reality of war in our time has clearly demonstrated, more has to be done as regards our national security. While the battle over resource and troop numbers will rage, a New National Security Bill, Product Security and Telecommunications Infrastructure Bill and the Economic Crime and Corporate Transparency Bill will keep us better protected from our enemies using modern spying techniques and cybercrime. And at a domestic level the Public Order Bill, Online Safety Bill, Modern Day Slavery bill and the Victims Bill will give a better balance of support – more for the victims, less for the criminals and those that unreasonably disrupt our lives.

The Levelling Up and Regeneration Bill, the Renters Reform Bill and Social Housing Regulation Bill have the potential to significantly improve the lot of tenants faced with unreasonable landlords who provide poor accomodation at a very high price and unreasonably evict them. Landlords will also get more protection to enable them to evict bad tenants. However, the risk is that if the legislation makes it too unattractive for private landlords to be private landlords, for example preventing them being able to sell with proper notice, then they will leave the market and sell their properties. Private sector landlords are crucial to fill the gap until and unless social housing stock levels are adequate – and that won’t happen any time soon.

The promised Brexit dividend remains illusory and while the Brexit Freedoms Bill will remove some of the legislative barriers it won’t do much to kick start the new future we can now have bringing prosperity with it. At least the Financial Services and Markets Bill will help in this key sector of our economy. The truth of course is that governments can’t deliver that opportunity – but they can set the conditions. Less taxation – and less red tape!

If you would like to book a surgery appointment (in-person or virtual) or raise a specific issue, please call my office on 01626 368277 or email annemarie.morris.mp@parliament.uk to arrange an appointment.