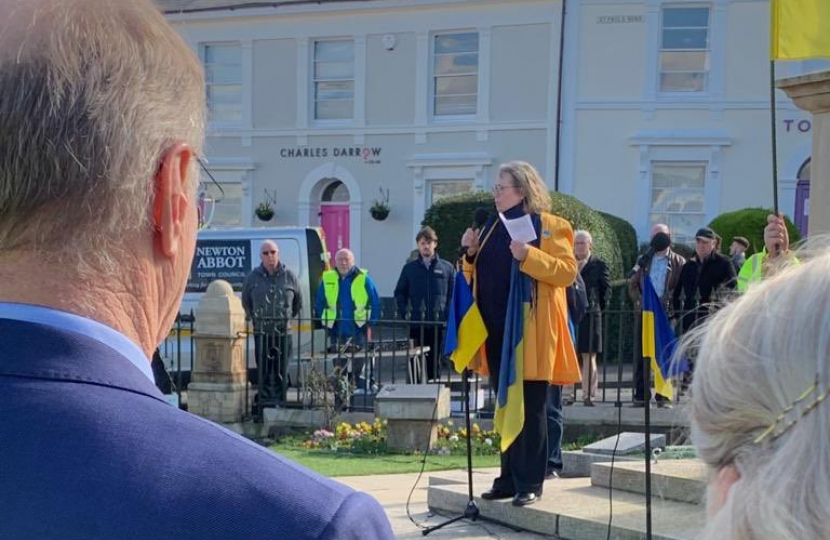 One of the many weapons in the Government’s arsenal in the fight with Russia is the use of economic sanctions. Generally, these are commercial and financial penalties, targeting a sovereign state, group or individual. Today, the Government must use them to squeeze Putin, so that his friends and those who put him in power feel the pinch – enough to force them to take responsibility for Putin’s actions.

The reality of any sanctions’ regime is that they, to varying degrees, hurt and impact both sides of the equation. To use the example of business contracts, there are a number of businesses in the UK (including Teignbridge) that have either subsidiaries or interests in Russia or, at the very least, hold contracts with Russian companies. The limiting or suspension of these contracts clearly will have an impact on the businesses based here in the UK. Similarly, the unfortunate reality is that fuel prices are going to rise further and severely hit the cost of living. The sanctions are the correct thing to do, but they’re certainly not cost free.

These aren’t the first sanctions put in place by the Government on Russia either. Back in 2014 when Russia annexed Crimea, sanctions were imposed in a coordinated move by the EU and other Western allies such as Canada. These included freezing assets and travel bans. They also included an arms embargo and restrictions on other trade, such as exporting technology to Russia needed for oil exploration, and restrictions on lending money to certain Russian companies and banks. The third set of sanctions banned investment in, and trade with, Crimea.

Under those regulations, 183 individuals and 53 entities were subject to UK financial sanctions. Several other Russian individuals are also subject to sanctions under the UK’s Global Human Rights, Anti-Corruption, Chemical Weapons and Cyber sanctions regimes. Now we have gone even further. The Russia (Sanctions) (EU exit) (Amendment) Regulations 2022 were published on 10 February. These regulations amended previous legislation and identified sectors of “strategic significance” to the Russian Government, including the chemical, defence, energy, extractives, electronics, ICT and financial services sectors.

The UK has also imposed travel bans and frozen the assets of a range of individuals including Vladimir Putin, Sergey Lavrov (Russian Foreign Minister) and a number of oligarches such as Roman Abramovich, Oleg Deripaska, Gennady Timchenko, the Rotenberg brothers and others. Likewise, sanctions have been placed on a number of Russian businesses including banks, airlines and defence contractors. Further strategic sectors of the Russian economy and major Russian state-owned companies could be targeted in future tranches. More members of the Russian elite, and their families, could also be made subject to asset freezes and travel bans.

In terms of transport sanctions, powers to ban Russian aircraft from overflying or landing in the UK, and to detain aircraft, including those owned by oligarchs, were announced by the Government on 9 March this year and all UK ports have been asked not to provide access to any Russian flagged, registered, owned, controlled, chartered or operated vessels.

One measure the Government has been consistently supportive of is Russia’s exclusion from the SWIFT international payments system and the UK is working with allies to exclude Russia. As part of a wider set of measures on 26 February the UK, US, EU and Canada announced that selected Russian banks would be removed from the SWIFT system. Work is reportedly being undertaken to determine whether exempting certain banks from expulsion would limit the impact on European energy transactions with Russia.

This suite of measures is very much the right thing to do and it is vital Putin – and Russians who put him in power - see the consequences of his actions.