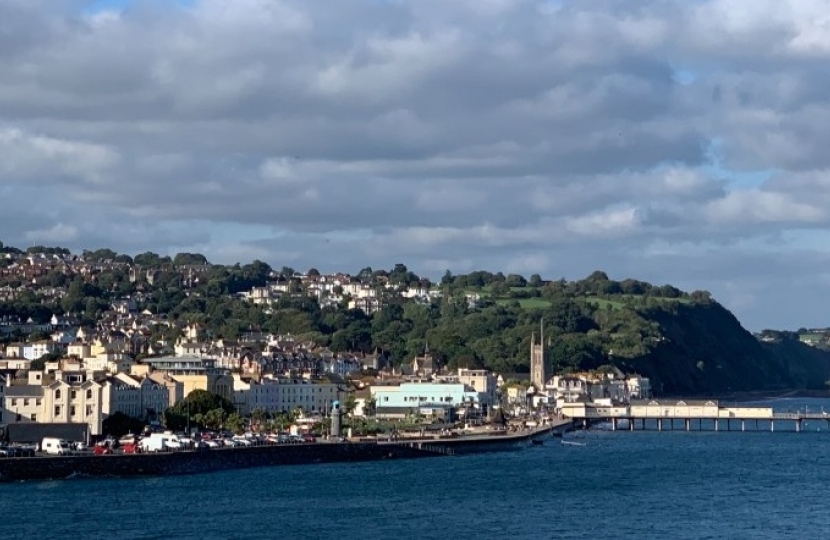 It might often seem like the issue of housing gets mentioned a lot in this column, which is undeniably true. This is because it is a massive issue that gets raised by constituents in person or by email. Housing is the number one issue that my team and I are encountering through casework at the moment, be it house buyers, social housing, renters or landlords.  The reality is that there is a massive problem when it comes to having an adequate supply of housing in the constituency (and nationwide for that matter) and if we don’t make moves to solve this, it’s only going to get worse.

Fundamentally, any discussion on this issue needs to begin by asking the key question – what role should/does the Government play in providing housing for the population? If nothing else, it must ensure that there is enough supply to meet the demands of the population, with a range of types of housing and types of ownership to suit the varying needs of the population.

As I have said previously, we need ensure that the appropriate range of housing is being built- in the right place and to meet local needs. Currently, the system enables developers to build ‘executive homes’ by claiming they are unable to afford to build other types of housing. Therefore, we end up with housing that is neither affordable nor suits the housing needs of the local population.

To those who say that they’re justified in building these types of home because they get purchased almost immediately, it’s missing the point. By building a wider variety of housing (e.g. younger, single and elderly people looking to downsize), you free up the existing ‘executive’ housing stock for those looking for that type of housing, mainly families.

When it comes to social housing, the simple reality is that there isn’t enough housing stock for those who need it. However creative the Council might be in rearranging the deckchairs, without increased stock the problem will remain. The Government should be making it easier for local authorities or housing associations to build more affordable social housing.

Current conditions mean that developers will always out-bid housing associations when it comes to purchasing land. This needs to change. We need to be empowering smaller, local providers that bring with them an understanding of the community as well as creating local jobs.

We know from the data that, in 2019/20, 65% of households in England were homeowners. This has declined from 71% in 2003 despite being the tenure of choice for most people and the 2014 British Social Attitudes survey found that “given a free choice, 86% would prefer to buy their own home rather than rent”. We, of course, know the reason for the decline in home ownership is down to wage increases nowhere near matching the increase in property value over a number of years. The question is, how do we solve this, and do we need to change the narrative around home ownership being the ideal?

The house price to earnings ratio in the constituency is 9.6, higher than the England average of 8.3, meaning it is even harder for local people to get on the ladder. Therefore, invariably, constituents end up spending a large proportion of their wages on rent which can often be more expensive, than the equivalent monthly mortgage cost for the same property. Clearly, there needs to be a way of making it easier for first time buyers to get onto the ladder or therefore needs to be reform of the rental sector to make it a more attractive and sustainable option for tenants.

We fundamentally need a system that empowers local communities to proactively build the housing they need (and let’s be clear – we need more housing in Teignbridge), that is affordable for constituents, creating homes for the future.

If you would like to book a surgery appointment or raise a specific issue, please call my office on 01626 368277 or email annemarie.morris.mp@parliament.uk to arrange an appointment.