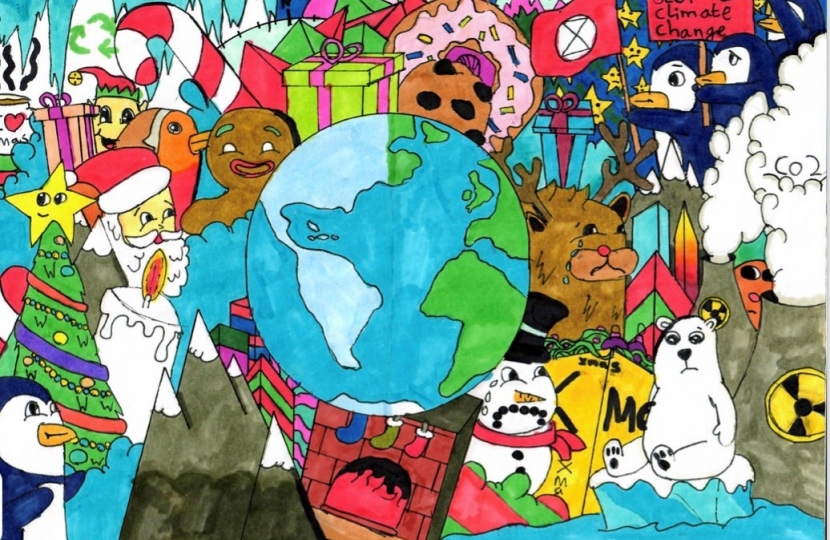 It is becoming increasingly difficult to write this column with any hope of not having to rewrite it! This week was no exception. This is not just another Christmas column when I would normally start telling you parliament has risen for recess and that all is well with the world as it looks forward to a time of peace with families.  As I write the Prime Minister has announced more restrictions to address the new strain of Covid, a mutation. It spreads faster than the old strain did and while the new restrictions primarily affect the South East and London, it is all over the country. I had thought I would be writing to say how disappointed I was that last Thursday the government decided to leave us in tier two – but that is infinitely better than being in tier 4 just introduced!

The new tier four pretty much amounts to going back into lockdown.  The Christmas bubble has been wiped out in tier four. Thankfully we still have the Christmas bubble exemption for three families to mix in the South West – but only for one day, Christmas Day, not five. We may not be in tier four here in Devon, but these changes have fundamentally changed all of our Christmases. Many of you are deeply frustrated – as am I. My mother has recently had a fall, been admitted to hospital for an operation to pin a broken leg, caught Covid there, and there she remains until she can be safely discharged. She lives in the South East, so I won’t be able to visit her on Christmas Day as planned.

One of the areas that has very clearly been impacted by the coronavirus pandemic has been mental health and the impact this has had on people across the community. On Thursday, I caught up with Melanie Walker, Chief Executive of the Devon Partnership NHS Trust to discuss the situation and what the government could be doing to best support both the Trust and the population. Thankfully, the number of Trust patients catching Covid-19 has been minimal although the overall pandemic has had a massive impact on the mental health of communities across the country.

In Devon, there has been a 20-30 percent increase in the number of adults requiring support and a staggering 50 percent when it comes to children. The Trust is doing its absolute best to ensure that it helps those who require help and I very much applaud the work that is being undertaken by their incredible and dedicated staff. But they need so much more help – to help us. The additional funding just given will get them back on course but not in a position to deal with the Covid consequent mental health tail which will peak some six months after the physical peak of the disease. While some of this is the direct result of Covid, much more is a consequence of the tiering lockdown measures and the negative impact on the economy. We must not forget that a failing economy means people losing jobs and the mental health consequences of that are significant.

At the beginning of the year, I tabled an amendment to the NHS Funding Bill that would have required the Secretary of State for Health and Social Care to make an annual statement on how the funding received by mental health services that year had contributed to the improvement of mental health and the prevention, diagnosis and treatment of mental illness. I maintain that such a reporting mechanism is entirely necessary.

We’re good at talking about ‘parity of esteem’ between physical and mental health but less so about parity of the outcomes, which are incredibly important. Throwing money at the problem isn’t the answer without thinking through what outcome we want to see from that spending – and measuring it. Issues such as speed of access to services, how people respond to services and how we monitor conditions are all critically important. Given the year we have all experienced, the question of outcomes is going to be as important as ever. What gets measured gets done.

Despite all of this communities, are doing their bit to support those at home alone on Christmas Day. The traditional Christmas lunch gatherings across Teignbridge for those on their own organised by the Salvation Army, churches and many local community teams and charities have been replaced by the great “cook in- eat out” as many turn their community buildings and kitchens into “roast off” specials! Turkeys in the ovens, carving teams ready and the many volunteers packing and driving individual meals complete with Christmas pudding across our towns and villages with a cheery smile.

My team and I wish you all a merry Christmas as we look forward to a happy and prosperous New Year.  January and February are likely to remain challenging – probably with a further full lockdown until the February half term. But from then on, we can and we will see the green shoots of recovery – Brexit done, vaccinations rolling out and businesses plotting a new future for themselves and for the country. The summer sun is not far off which will welcome a brighter 2021.

As always, if you would like to book a virtual surgery call or raise a specific issue, please call my office on 01626 368277 or email annemarie.morris.mp@parliament.uk to arrange an appointment. Please note, there will not be anybody in the office from 24th December until 4th answering the phone but emails will be monitored.