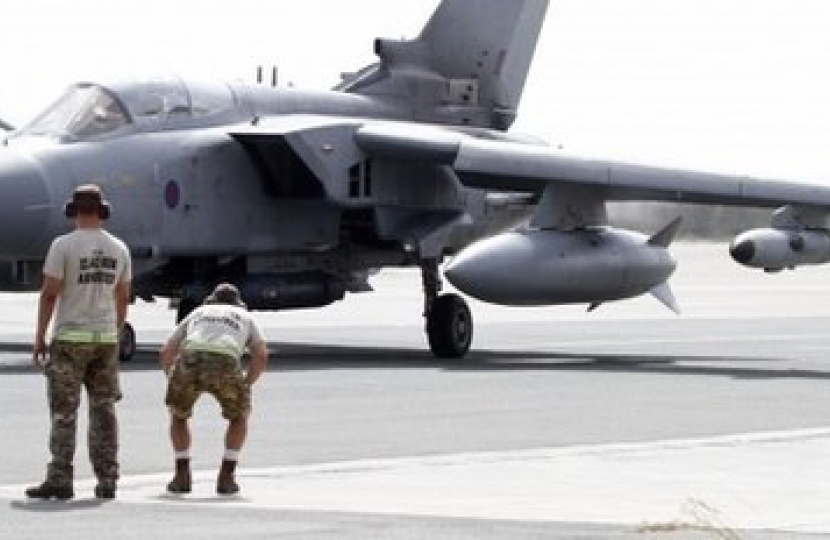 On Friday I voted to support air strikes against ISIL terrorists in Iraq by British armed forces. I believe that ISIL presents a significant threat to Britain, and our way of life. They have the power, finance and resources to attack us and our values. They already control a land mass larger than Great Britain, and have declared they want to go as far as the border with Turkey, and the Mediterranean. This is not a problem far away from home.

This is not only an issue for Britain and the West, but also for the countries of the Middle East as well. We should not underestimate the effect of countries such as Jordan, the UAE and even Iran now getting involved. A coalition of largely Sunni countries joined the US in the first wave of air strikes, and David Cameron engaged in constructive discussions with the Iranian PM at the United Nations about dealing with the ISIL threat.

Last year I voted against military intervention in Syria because it felt ill thought through, and smacked of regime change. This issue is, in my view, totally different. Targeted air strikes will significantly degrade and destroy ISIL’s terrorist capabilities. Their leaders will be removed, and their weapons and planning capabilities destroyed. Equally as important – their ability to generate finance for their evil deeds via oil revenues will be diminished.

These decisions are never easy, and the safety and well being of our armed forces and humanitarian workers were uppermost in MPs minds, but I believe that we took the right decision to authorise air strikes in this case.